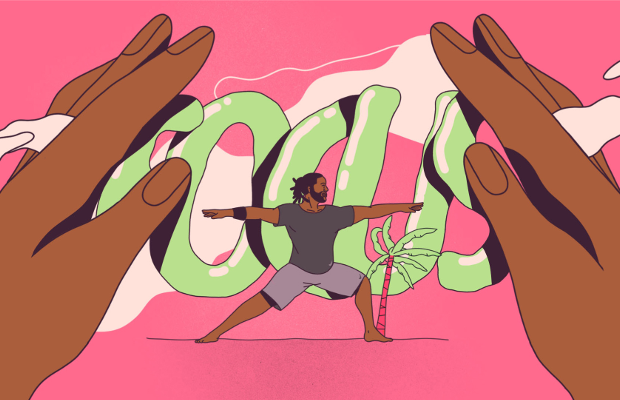 Whenever we see a beautiful piece of animation at LBB, we’re always nerding out over the craft of it. We have a tendency to want to see more, to peek behind the curtain and look at the concepts and sketches that were never intended to see the light of day, but reveal the truest artistry of the craftspeople involved.
In the case of the creative studio who recently signed for with Partizan for European representation, our geeking out was particularly apt. Because Nerdo is the name of this Turin-based team full of animation talent with more than a decade of experience working on brands from Google to Nike to Cartoon Network.
Keen to understand the creative minds behind the reel, LBB’s Alex Reeves asked Nerdo to share and explain some of the studio’s sketches on four recent pieces of work.

“This project was commissioned by Netflix Italia for the social promo of the new Casa de Papel season. The title song was sung by a very famous cartoon opener singer in Italy, Cristina D'Avena.The biggest challenge here was to adapt a TV series to an ‘80s anime. We studied the characters of Casa de Papel, having as reference all the ‘80s anime world such as Cat's Eye. We sketched the characters in order to make them as similar as possible to the real actors, and put in the storyboard all the iconic scenes from the TV series. Then we had to make them ‘80s, so we put a nostalgic aura in all the layouts.”

“Nike Yoga interviewed some of the most famous athletes, asking them how yoga changed the way they do sport. The major part of the work here was the character study, we had to be as accurate as possible: this is why the biggest part of the production was creating the layouts. We had fun designing the yoga asanas (funny story: our EP Diego was the main reference for yoga positions).”

“This project was about hallucinations. We had a lot of fun creating an entire world made of funny characters and animals, plus a sweet granny. Again, character studies and character animation were the most important part for the video, as they had to play with shapes and background.”

“Far East Film Festival is the most important European event dedicated to East Asian cinema. We designed ninjas, gangsters, a geisha and a demon. The colour palette was given by the client, so we sketched the storyboard, designed the layout and used traditional animation. We also have a 3D part in the chasing cars scene: here we had to create the models, pass them to the animators that animated the characters and the flashes light in 2D, and then compose them all together. We love traditional animation, this is why we have a team of experts.”

The 1975 Goes Post-Punk in Chaotic Music Video for ‘People’