Miller Lite Launches the Cantroller: The First Gaming Controller You Can Drink 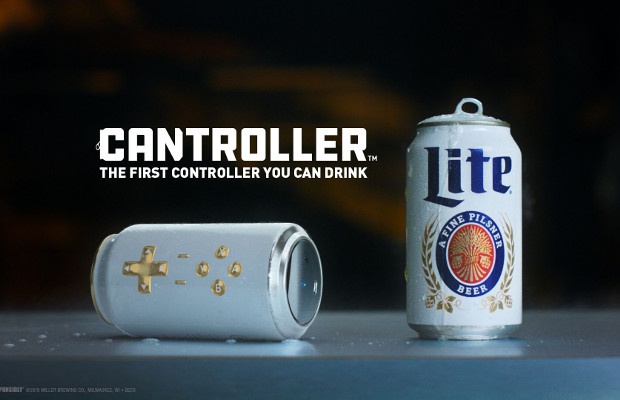 Miller Lite has created a fun solution for gamers who like to drink a beer while playing with the launch of the first-ever Cantroller, an innovative gaming controller that also happens to be a can of great tasting Miller Lite. Elegantly designed, the Cantroller is the first controller that gamers can actually drink, allowing them to play without ever putting down the controller.
To launch the limited edition Cantroller, Miller Lite has partnered with comedian and gaming fan Eric Andre on a new campaign promoting this first-of-its-kind gaming controller. The Cantroller will be exclusively available at a drop event, taking place on June 12th in Los Angeles, coinciding with the country’s largest gaming conference. Participants can play against Eric for the chance to win a Miller Lite Cantroller. The competition will be live-streamed on Miller Lite’s Twitch channel, starting June 12th, 7pm PST.
The Cantroller campaign kicks off with a film featuring Eric Andre inviting gamers to challenge him at the live event. Miller Lite’s Cantroller campaign, which was created by DDB Chicago, is inspired by classic game ads that ground the gaming world in reality.