MethodMade brings together directors, artists, technologists and tastemakers to develop and produce short-form content for all media 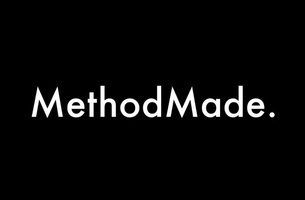 Ed Ulbrich, president of Method Studios, said: “MethodMade’s eclectic team of creative directors, designers, directors, artists and technologists are media agnostic. They uncover possibilities for every consumer touchpoint, driving their ideas into unexpected and delightful places. With dexterity across CG, live action, design, 3D, 2D, and interactive, the innovators at MethodMade quickly and collaboratively create spectacular content that stands out.”

While incubating within the design arm of Method Studios, MethodMade’s creative collective, has worked on a range of campaigns and projects in collaboration with some of the world’s most creative and discerning brands including Apple, Target, Facebook, Microsoft, Staples and GE; entertainment properties including 20th Century Fox’s Deadpool 2, Netflix’s Godless, FX Network’s American Horror Story, Activision/Treyarch’s Call of Duty: BlackOps III Major Lazer’s 'Light it Up' and more. Their work has received Clio, D&AD and AICP awards, and been recognised by Saatchi’s New Directors Showcase at Cannes, Vimeo (best video of the year), SXSW, TED and more. The group is led operationally by Method MD/EVP, North American Advertising Production, Stuart Robinson, out of New York.

With access to deep and varied technology and production methodologies MethodMade has developed a fast, fluid approach that’s ideally suited for short-form and experiential content; iterating quickly and delivering high-quality visual pieces in less time, with smaller teams. As part of Method Studios and the larger Deluxe Entertainment creative companies, MethodMade has access to more than 2,000 artists and post-production pros worldwide, and the resources, specialised technology and custom pipelines built for high-end feature film, TV/streaming content and interactive AR/VR/MR experiences and development.