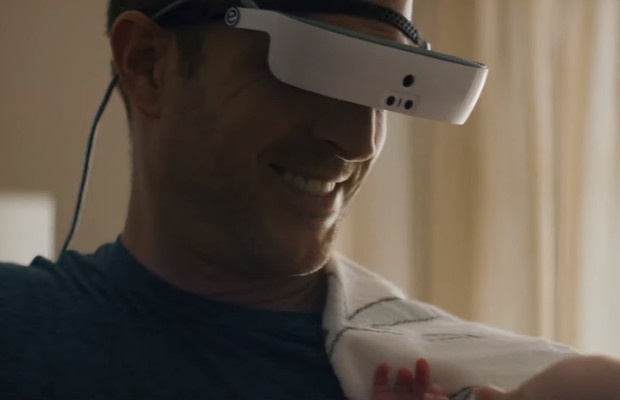 Huge, the global experience agency, has partnered with MaRS Discovery District, the largest innovation hub in North America, to launch the organization’s first brand campaign ‘Make Innovation Mean Something’. The campaign will launch during the inaugural year of the Collision Conference in Toronto, Canada.
MaRS’ purpose is to support entrepreneurs that are creating real world impact, and it works with Canadian startups that are creating meaningful innovations across cleantech, health, fintech, and enterprise software.
“Make Innovation Mean Something” reflects the priority that MaRS places on its companies to solve important, global problems, and it’s also a response to our current climate of technology’s impact on our lives. The campaign coincides with one of the world’s largest and fastest-growing tech conferences, marking an important milestone for the city and its technology industry, which is already the fastest-growing and fourth largest in North America.
“Toronto’s technology sector is fast becoming an influential global player now, and it’s happening at the same time that technological innovation is upending and rewriting the rules for society,” said Karen Mazurkewich, lead executive for communications and marketing at MaRS. “Innovation and disruption have become clichéd terms, and through this campaign, we want to reclaim these ideas, re-establish trust with the public, and differentiate MaRS as a place where innovation is addressing our most pressing issues and is propelling society forward.”
“Every time we went to visit MaRS we came away so inspired, “ said Allen Oke, Huge’s Executive Creative Director. “The pressure we put on our creative was that we wanted the story to make our audience feel the same way we felt about all the meaningful things MaRS is doing everyday with entrepreneurs putting their entire lives behind businesses that can change the world for the better. People’s fatigue with the clichés, or downsides of innovation provided a perfect insight from which we could build this upon this positive story.”
To the general population, the word “innovation” has somewhat lost its meaning as much of the startup culture coming out of Silicon Valley has come under much warranted criticism. To capitalize on this and differentiate MaRS, the campaign’s creative inspiration is centred around the problematic and clichéd stock footage of innovation, poking fun at the vagueness and empty visualizations of the term that everyday consumers have experienced over the years. The footage is then flipped to showcase the real impact that successful startups have recently had through being supported by the MaRS ecosystem.
The work carried out by the innovators in the MaRS community is making innovation mean something again. Its most promising companies are streamlining the healthcare system, reducing the effects of climate change, unlocking new cures for disease, creating the jobs of the future, improving mobility in crowded cities, and providing food and clean water for a growing population.
MaRS-affiliated companies are supported through advisory services that help startups connect with talent, capital, customers and more, and MaRS offers a range of high-value services that help high-growth companies succeed.
Featured businesses in the creative include: eSight, which gives sight to the legally blind; Mavencare, a platform that revolutionizes home care; and Nanoleaf, a green technology that transforms lighting by using natural, sustainable power. These are just three of many meaningful innovations that happen right here in Toronto.  These companies, and many others supported by MaRS, are creating technology that is making people’s lives better in tangible, meaningful ways, and ultimately re-invigorating the meaning behind true innovation.
The campaign will run for nearly a month across television, digital and in key outdoor locations including a strategic Billy Bishop partnership targeting those entrepreneurs and technology leaders visiting Toronto for the Collision Conference. The media strategy, planning and buying was handled by sister IPG agency Media Experts, and MaRS' broader integrated campaign will include an additional series of events, branded content and photography installations in key Toronto locations.
*The “Make Innovation Mean Something” campaign was funded by a gift from the MaRS board of directors.

Does Giant Tiger Show Your Christmas Character in Latest Ad?