Making Freddie the Hedgehog: “A Perfect Storm of Cuteness” 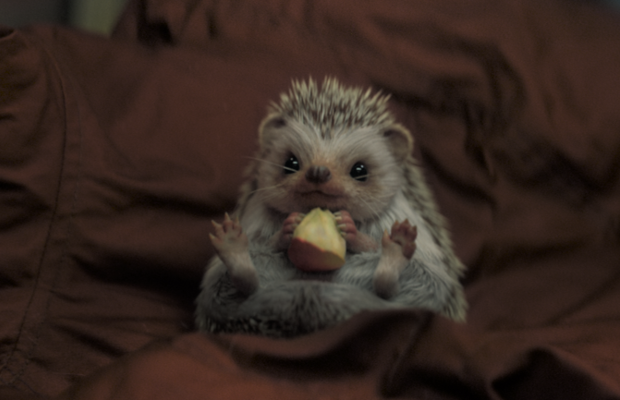 The New Year’s Lottery draw from the Dutch Staatsloterij has become, at the LBB offices at least, an annual event of expectation. In 2018 we were overjoyed to meet Frekkel, the supposedly ‘ugly’ dog, and 2019 followed up with another creature to capture all our hearts - Freddie the hedgehog. The story of a beautiful relationship blossoming between a man and his prickly friend, created by TBWA\NEBOKO and directed by Ismael ten Heuvel of Pink Rabbit, the new film was a fitting sequel. Now if we don’t get our dose of amped-up animal cuteness from Staatsloterij every year we’ll be disappointed.
In case you were worried about his welfare, Freddie is a CG hedgehog. Will Jeffers, head of 3D at Ambassadors, explained to LBB’s Alex Reeves what went into building this aww-worthy little guy and shared some of the concept art for his team’s creation.
LBB> Where was the idea when Ambassadors first got involved and what was your initial reaction to it?
Will> After the success of last year’s Staatsloterij campaign we were very excited to see the Freddie script land on our desks. We have been working closely with the guys from TBWA\NEBOKO recently on a lot of animation jobs like Unox and McDonald's. So having a heartwarming script with a talented director attached seemed like a great opportunity to create something a bit special just before Christmas.
LBB> Where did you start with creating Freddie?
Will> The design concept for Freddie was based on a combination of an African pygmy hedgehog and a European hedgehog. We really love the look of cartoony realism from things like Pixar's Piper. So that was a sweet spot of cuteness we were aiming for. For the live-action shoot we also worked with a practical hedgehog puppet. Because the prop was made using spines from a taxidermy hedgehog (who died of natural causes!) we had some really great reference and input from the special effects team. 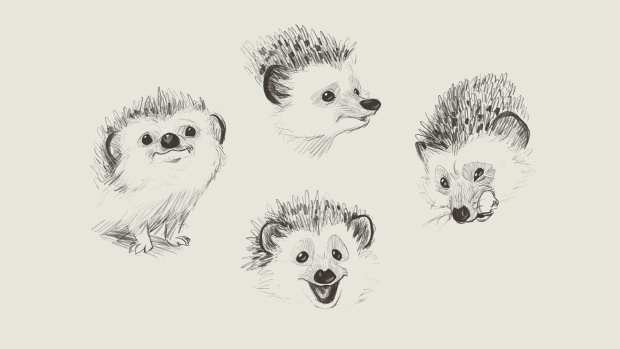 LBB> What were the key decisions and challenges in the process of creating him?
Will> The main challenge of the film was the timeframe. We had a very quick turnaround from start to finish. On top of that - the previous year’s Staatsloterij commercial was shot with a real live dog. That dog became very well loved - so we knew our digital hedgehog had to match that level of relatability. The performance of the hedgehog was so integral to the telling of the story, we had to get the animation just right. 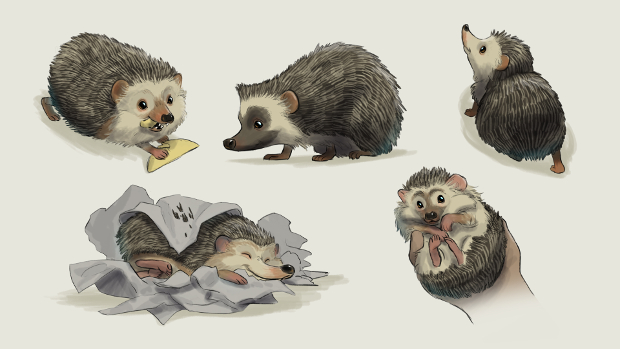 LBB> He's pretty photoreal, but also a couple of moments are even cuter than a real life hedgehog. What work went into those bits?
Will> We love character animation and small creatures and characters have been a specialty for us for many years. The brief from the director and agency was that the hedgehog can't be cute enough - he needed to be instantly lovable. A quick search of baby hedgehog memes gave us a massive resource of reference that are beyond cute. So it was a perfect storm of cuteness - the only option was to dial it up to 11! 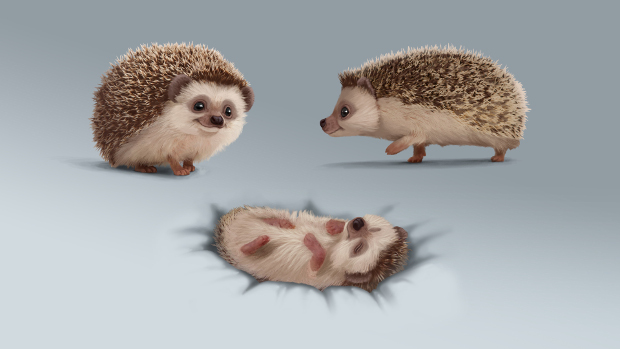 LBB> What were the challenges in making sure Freddie and his human friend interacted naturally?
Will> We had a fantastic practical puppet prop made by Rob's Prop Shop. This meant the actor, director and DOP all had a perfect reference for performance, composition and lighting. The small animatronic movements of the puppet immediately gave the actor something to act against. You can feel the performance is stronger for holding something that looks alive. We then painted out the puppet hedgehog and replaced it with our CG version. The result is natural interactions with all the flexibility and dynamism of an animated character.
LBB> Finally, do you have a favourite moment in the final film? (For me it has to be the bit where Freddie's eating a piece of cheese.)
Will> Yes - it's definitely the eating shot! But I also like the shot of when he picks up Freddie for the first time. It has some pretty complicated technical challenges (like the CG rain dripping off his chin) that I think ended up looking great.

Meet the 'McNificents' in Super-Powered Spots for McDonald's Netherlands

Ambassadors Introduces a Tiny, Dictator Shadybug to the Animated World of ASN Bank