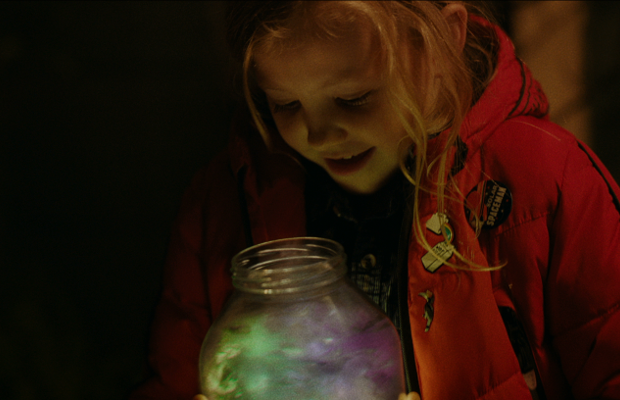 It’s the time of year when supermarkets start to pull at our heartstrings or make us laugh with their Christmas adverts – and Asda is first out of the blocks again for Christmas 2019 with its heartwarming new festive campaign.
On November 2nd Asda will brings the magic of Christmas to TV screens with the launch of its ‘Let’s make Christmas extra special’ campaign, which is centred around the people who go the extra mile to spread joy throughout the festive season and make it a special time for all.
The story behind this year’s campaign shows how a little act of generosity from a young girl, inspired by the stories from her granddad, can snowball into something bigger, more exciting and altogether more magical.
Asda’s chief customer officer Andy Murray explains: “We truly believe that with great quality products at leading price points; everybody can have an extra special Christmas with Asda.
“We know the most important thing to our customers at Christmas is spending time with family and friends. These are the people who make Christmas special and they’re willing to go the extra mile to make sure the occasion is truly magical.
“This generosity is reflected through our whole Christmas campaign this year, from the wonderful spirit of Tilly and Jack in our ad to a beautiful digital storybook of ‘Santa’s Leftover Magic’ that has been created in support of our Fight Hunger Create Change Initiative. We have also doubled donations from our Asda Foundation to over £1m to support good causes over the next three months. This investment will see 1500 charities across the country benefiting from additional funding this festive season.”
The Christmas ad opens with Tilly, an inquisitive young girl, walking home on a wintery night with her brother Jack. Arriving home, Tilly looks to the sky and spots the Northern lights roaring with colours above her head. She has a twinkle in her eye, remembering something special her grandfather once told her about Santa’s leftover magic. She begins plotting a way to capture the magic from the sky, settling on a makeshift rod using her granddad's walking stick with a glass jar on the end – much to her brother’s disbelief.
Tilly is successful in her mission to capture the magic and begins sharing its glow around her town with the help of Jack. To everyone’s delight, a grey village is miraculously turned into a winter wonderland. An ordinary man is transformed into a snowman, the local cat gets a fabulous new jumper, whilst people waiting at the bus stop turn in to gingerbread people and a beautifully decorated Christmas tree sprouts out of the ground – a series of Extra Special Christmas miracles!
Tilly is seen looking deflated as her jar of magic runs out. She has spread so much Christmas joy and excitement and just doesn’t want it to end. Feeling forlorn, she leaves Jack and takes herself up to bed. Her big brother has a brainwave and makes sure there is an extra special surprise for her when she wakes up the following morning.
To add even more excitement, the ad will be set to an upbeat orchestral performance of ‘Lighting up Christmas’ that reflects the joy of Christmas. The cheerful music, composed by Rohan Stevenson and James Radford, ties perfectly with the glee that Tilly and Jack helped to spread around their town.
The ad will launch with a special two-minute film on ITV at 8.45pm on November 2nd during the break of the exciting, recently revamped The X Factor: Celebrity – and after a slightly more ‘magical’ than usual showing of the ITV weather with Alex Beresford from 6.55pm.
The ad was shot in the village of Tyldsley, just outside of Wigan in Lancashire and was once made famous for its lacklustre Christmas decorations. The filming in September brought an extra-large dose of festive magic to the town and the supermarket is now helping the local community to host a Christmas event in December as a thank-you to the local people.
Eilidh Macaskill, vice president creative and media at Asda, commented: “We’re so excited for our Christmas campaign to go live. Our team loved filming in Tyldesley and getting to know the local community. The residents were so welcoming to us and everyone really got into the festive spirit - despite it only being September when we filmed.”
In addition to the enchanting two-minute ad, Asda will also air a 60-second and 30-second versions during the festive period, showcasing all the magical products the retailer has to offer, from food and drink, to gifting and party wear and festive knits to novelty decorations, across both Asda and George.
Each of the charities eligible to receive Green Token donations from Asda as part of the ‘Let’s Make Christmas Extra Special’ campaign will receive a special ‘Green Jar’ similar to the one Tilly uses to share the magic in her local community. The charity that receives the most Green Tokens from Asda customers will receive £1000, whilst runners up will receive £500 each. Asda will also be distributing hundreds of Local Impact Grants during the Christmas period to further spread the Christmas magic in local communities.

Love Means Not Having to Compromise in Asda's Valentine's Day Spot

Quaker Encourages the UK to ‘Go Forridge’ for Topping Inspiration