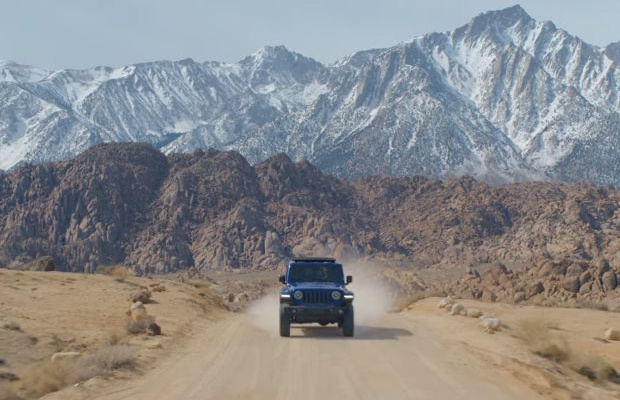 Jeep's "Legends Aren't Born, They're Made" marketing campaign has launched with three 30-second spots: "SUV Letters Earned", "Anthem" and “Quotes” across television, social and digital.
Additional spots will break as part of 360-degree marketing campaign - which runs across National, Tier II, African American and Hispanic media - affirming the automaker's legendary SUV status. In all, four spots will run, with more to follow, focusing on the Jeep brand full lineup, including the Jeep Wrangler, the Jeep Grand Cherokee, the Jeep Cherokee, the Jeep Compass, the Jeep Renegade and the all-new 2020 Jeep Gladiator.
"In the nearly nine years since the Jeep brand launched its defining campaign, 'The Things We Make, Make Us,' we've come full circle to see the SUV become more relevant than ever," said Olivier Francois, chief marketing officer, FCA. "This global campaign gives the term SUV back its meaning. It is a reminder that the Jeep brand, through its legendary DNA, continues to fulfil its promise of capability, durability and craftsmanship. It cements its legitimacy as the one true and rightful leader in the category."
"Jeep SUVs are designed and engineered to go anywhere, do anything and bring you back. For Jeep, this is not a tagline," said Tim Kuniskis, head of Jeep Brand – North America. "The freedom and capability to explore, whether on road or off, is the essence of the brand. It's this clarity of purpose that differentiates Jeep and the legends portrayed in this campaign."
The Jeep brand campaign was created in partnership with HighDive, was shot in California and was directed by Alberto Accettulli through Indiana Production (Italy).