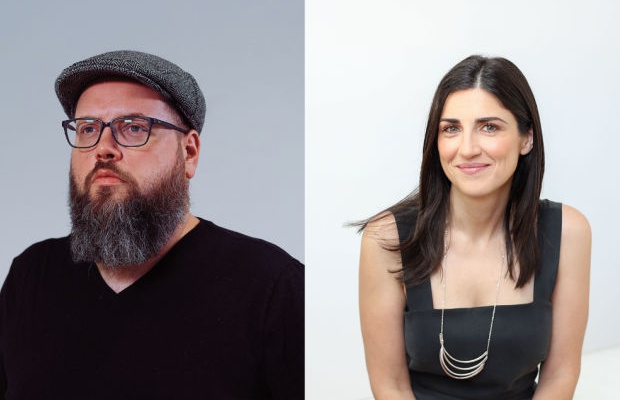 Huge has announced the appointment of Maria Pereda as group experience director and Darrin Patey as technical director, effective immediately. In the new roles, Maria and Darrin will report directly to Huge Toronto’s Matt Di Paola, managing director, and Allen Oke, executive creative director, where they will be tasked with oversight of the agency’s key clients such as Sinai Health Foundation, West Jet, Giant Tiger, Four Seasons and others.
Matt said: “I’ve worked with both Maria and Darrin at previous agencies, and I’m thrilled to bring them to Huge. Maria brings a level of global experience and strong user-first point of view to our UX team and Darrin has that rare technical leadership combination of being able to play in the platform conversation as well as the makerspace, while also bringing a passion for accessibility in both the digital and physical design worlds.”
Following the office’s participation in the Amazon Alexa Cup and Huge x Amazon “Change for Good” Hackathon at Cannes Lions, coupled with the deepening integration of our physical and digital experience design, there has been an increased demand for design without interface, including chatbots, Alexa skills and Google Actions. To meet this growing need, Maria will be launching the conversational design practice at Huge Toronto, in addition to working on the agency’s key clients in the U.S. and Canada.
In Darrin’s new role, he will launch the Toronto’s “Garage” program, an internal makerspace used to test and teach new technologies, to integrate into the office’s growing industrial design practice. Examples of technology implemented in the garage include mixed reality & augmented reality development for our environmental & retail experiences; 3-D printing and prototyping for our physical product design practice; and IoT integration into our physical product design practice.
Prior to joining Huge Toronto, Maria served as senior director of product design at Schoology, a leading Edtech company in the K-12 US market, where she established Schoology's first design practice and elevated design culture within the organization by making numerous improvements in process throughout the product development life cycle.
Before that, Maria was a group director of UX at Critical Mass, where she led work for the Citi Global accounts in Toronto and New York. Maria has also held positions at GE, where she helped establish a design Center of Excellence, and Fry, a retail startup later acquired by Oracle. She is an active thought leader in the industry space speaking on numerous panels such as Leadership Career Paths for DesignX Toronto and Leadership by Design for Chicago Camps coming up in August, in addition to being a Side by Side Collective mentor, a Toronto-based program and community for women in design.
Prior to Huge Toronto, Darrin worked at The Garden Collective, where he served as technology director. Prior to that he held the position of group technology director and creative technologist at Juniper Park\TBWA, working primarily on the CIBC, Gatorade, and Nissan accounts while supporting on the agency’s work with GoDaddy. From 2007 to 2015 he led technical teams at BBDO/Proximity Toronto on award-winning digital assignments for RBC, Pepsi, Nike, and Doritos, among others.
Darrin is also a highly awarded technical director, having been part of taking home honors at Cannes Lion Festival of Creativity, D&AD Digital Marketing Pencil, Digital Agency of the Year Twice, Agency of the Year twice, four Gold Effies and four Cassies, among other more local awards.
This marks continued growth for the agency’s Toronto office which has recently added projects from Sinai, Giant Tiger, MaRS Discovery District and growth with existing clients such as Four Seasons and ATB Financial.

Does Giant Tiger Show Your Christmas Character in Latest Ad?