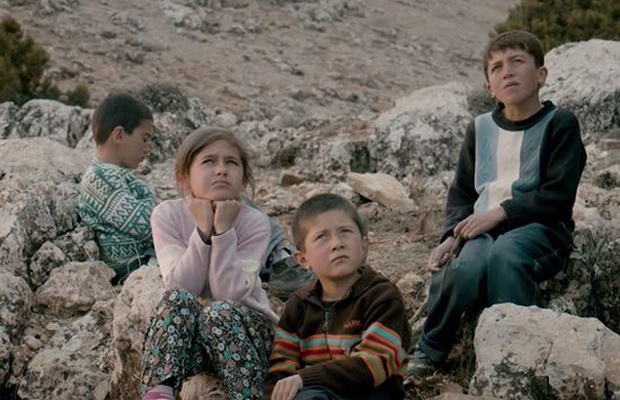 Futuristic airport lounges, glamorous air hostesses and luxurious first class experiences are the key ingredients for airline advertising. But a new Turkish Airlines spot from Lowe Istanbul eschews all that in favour of heartfelt story and stunning scenery. The spot follows an adventurous quartet of children as they try to flag down the aeroplanes that soar over their rural village. The spot, which has been created to highlight the airline’s new local routes, has taken flight with the Turkish public. It’s hit the headlines of national newspapers; its stars have been popping up on local chat shows; it’s garnered support from politicians and celebrities; it’s received 96% positive feedback. Not bad going for a film that stars four young non-actors. LBB’s Laura Swinton caught up with Lowe Istanbul CEO Ela Gokkan to find out about the flight of fancy that has gone viral.

LBB> How did the idea to look at aeroplanes from a child's point of view come about?

EG> Aeroplanes are symbols of a modern life and in some rural areas of many countries having an airplane land in the vicinity of your town is not imaginable. The children and their wild imagination symbolise the innocent dreams of many. Plus, when you look airline travel from a child's perspective it is not a vehicle for transportation but a promise to many opportunities.

LBB> Visually the film is beautiful. Where was it shot, who directed & DP'ed the job, and what sort of look were you going for?

EG> The film was shot in Igdir near Mount Ararat, this you can see when the plane lands and in a rural village outside of Antalya.Bahadir Karatas was the director and the DOP was Suat Kutlug. We wanted to have a very genuine and innocent feeling in the film which was successfully achieved.

LBB> Where did you find the kids and how did you get such brilliant, cheeky performances from non-actors?

EG> The kids grew up together in the rural village where the film was shot. They were naturals and very excited to take part in something they never expect to happen. Some of the scenes used in the TVC was shot during their breaks when they were just playing together.

LBB> The spot has had an enormous reaction from the public - why do you think it's caught everyone’s imagination?

EG>The film touches everyone of all ages in a very heart-warming way. The innocence and the sincerity in which the children follow their dreams brings out the hopeful child in all of us. All of the values in the story are very universal, hope, dreams and the wonderful joy of achieving them.

Check out the four young stars on a Turkish chat show