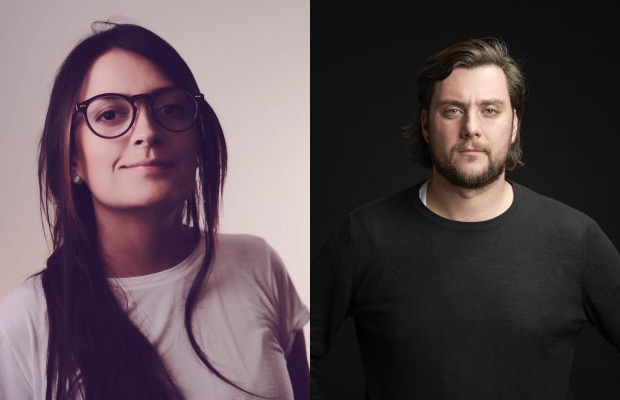 Left to right: Diana Triana and José Ignacio Solari
Chile is seen as the economic crown jewel of Latin America. Recently it has emerged as a middle-income country and its middle-class population is notable in size. It's also a member of the Organization for Economic Cooperation and Development. But an economy isn't everything, as has been shown with the widespread civil unrest that unfolded in the country on October 18th. The riots are in response to issues such as raising subway fare prices, general increased cost of living, privatisation of public services and inequality.
Colombia, on the northern tip of South America, is experiencing a similar situation. The biggest protests to hit the nation in 40 years began on November 21st with citizens - mostly students and young people - taking to the streets after a call to the main unions of the country for changes to labour law, improvements in retirement pay and education, to stop the privatisation of public companies and subdue the increase in electric bills.
On top of impacting everyday life, widespread social issues naturally cause problems for brands with regards to the way they communicate during a crisis. The responsibility for such a challenge falls at the feet of a brand's agency. With that in mind, we picked the brains of José Ignacio Solari and Diana Triana, the creative directors of McCann Santiago and Bogota respectively, to find out how they navigated recent issues in their countries.
Q> What was your initial reaction to these national crises in order to protect your brands?
José Ignacio Solari> The McCann network is always active and it’s a constant source of data, information or inspiration. After October 18th  [when the riots began] we naturally resourced a lot of studies of regional or global crisis but we were also very wary of analysing this social unrest as a unique and particular event that we were experiencing in Chile. It was from there that we paved the way to find solutions for our clients.
Diana Triana> As a creative department we focused on analysing the wishes, repercussions and changes that we should make in the messages that we were sending to people. That’s why we decided to develop - with Weber Shandwick - a crisis protocol for the most sensitive clients to this situation. This included listening to conversations that were happening in the media, an analysis of those conversations and then recommendations to implement.
Q> What were the key points that allowed you to create new messages? Was there a major mistake that you tried to avoid?
Diana> It’s key to keep yourself informed. Sometimes in the typical rush of the agency we forget about keeping ourselves informed on what's happening outside. This can't happen, not when you are living through an important moment for the country and especially when the communication of that country is your responsibility too.
José Ignacio> The major mistake is treading the fine line between what is opportune and what is opportunist. We believe that the only way of being in the right place is being tremendously empathetic, listening to the people much more and being responsible for each thing that’s said or done.
Q> What is the main lesson that you have learned so far?
José Ignacio> Empathy should always be invited to our conversations.
Diana> My lesson is that as an agency we always have to be alert and close to our team and clients, trying to help them by speaking with truth - but a truth well told - that shows all the points of view, without fanaticism and without attacking the ones who think differently. That's what we're here for. To help the world to communicate better.
Q> Does this set the tone for 2020 and the rest of the decade? Why?
José Ignacio> It will completely mark a before and and after and we are already living it. 78% of Chilean people think that a better country is coming and we are connected to that - to that sense of hope and optimism for what lies ahead.
Diana> This reinforces what we were already learning in recent years, and it surely will be shown during all of 2020: today society takes the floor more than ever and will not be silenced or stand quietly. For this reason, our responsibility as agencies and advertisers is increasing, because society is pushing us every day to be more honest, relevant and powerful with our messages.
Q> Do you feel more challenged in your job? Why?
José Ignacio> I feel that the challenge is somewhat intrinsic for the people who work in advertising. What is happening these days is inviting us to be more united, with an even clearer horizon which we have to move towards together.
Diana> Yes, it's just what I said before. Because I feel - and I say this with great enthusiasm - that our responsibility as communicators grows with each crisis. And that, in the middle of that crisis, is where better creativity comes out of Latin American people.

Homecenter Pays Tribute to the Horror Classics on Halloween