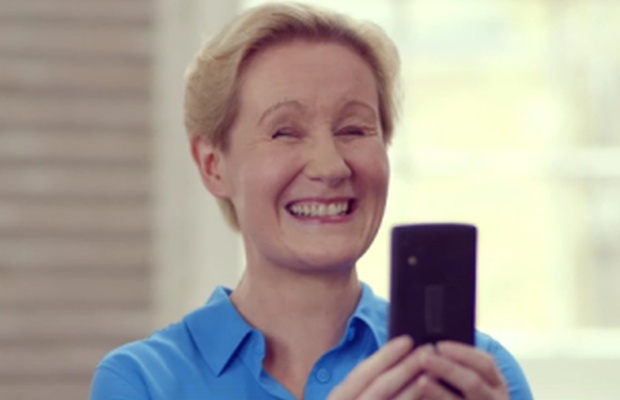 J. Walter Thompson has created a film and designed and built an App that helps blind people know when someone is smiling at them, to launch Listerine’s Advance White mouthwash.

The campaign looks to explore how blind people experience smiles and shows through their partial absence just how powerful they can be.

Using facial recognition technology and a phone’s camera the App can detect a smile up to 5 metres away and notifies the user with audio (a beep) or with vibration feedback.

Launched on 31st of August in UK & Ireland, SA, the Netherlands and Germany the app will be promoted by an emotionally charged short film called “Feel Every Smile”.

It is directed by double Oscar nominated director Lucy Walker, who has more than a hundred film awards and directed Blindsight - a documentary about a blind mountaineer leading six blind children up a mountain.

The film stars four blind people and begins with them talking about smiles and what they mean to them. They are then given the Smile Detector App and we get to see their true-life reaction to being given another way to experience someone smiling at them.

“Feel every smile” also includes an original track composed especially for the film by Wake the Town.

The App has been endorsed by the RNIB, to ensure it is accessible and functional to blind and partially sighted people, and will be available on iOS and Android.

Johnson & Johnson, makers of Listerine, commissioned the app and film to support the launch of Listerine Advanced White mouthwash because of the brand’s belief that many of us have forgotten just how truly powerful a smile can be.

The idea for the app and film came from J .Walter Thompson creative team Will Helm and Will Brookwell.

John Cherry, creative director on the project, said: “Smiling isn’t just a smile, it can affect your life, and the lives of those around you, often in small but meaningful ways – there’s scientific research that links smiling with better mood, health, relationships and much more. Smiles really are more powerful than we realise.

“When creating this app, we wanted to make something that could help those that might miss some smiles, to once again be able to feel the power of every smile. Obviously we captured people’s first use of the app and it turned out to be a genuinely powerful and emotional film.”

Alice Lovell, Brand Manager LISTERINE UK & Ireland, said: “The campaign champions the power of a smile and the idea that smiles really do have an effect on those around you. We wanted to take that belief and use it to have a positive impact on people’s lives.”

Lucy Walker, the director, said: “It is fascinating to ask blind people how they experience smiling, if not by sight. Smiling is a universal human expression employed by people who were born blind. Even if they can’t see a face, blind people are very aware of the ‘feeling’ that smiling gives them, and they are often able to pick up when someone is smiling by listening to the quality of their voice. But there are some situations in which vocal quality is not enough and in which blind people would love to be able to detect when someone is smiling at them.”

A Spokesperson for the RNIB, said: “It is always encouraging when we can work collaboratively and pro-actively with companies and brands to support our goals. The campaign certainly falls into this category with the innovative Listerine Smile Detector App supporting accessibility and inclusion.

“Participants at the testing considered the app accessible and fun to use and could see future potential in recognising other facial expressions. They were also impressed with the time and effort the company had put into making the app accessible to blind and partially sighted users.”

Creatives: Will Helm, Will Brookwell