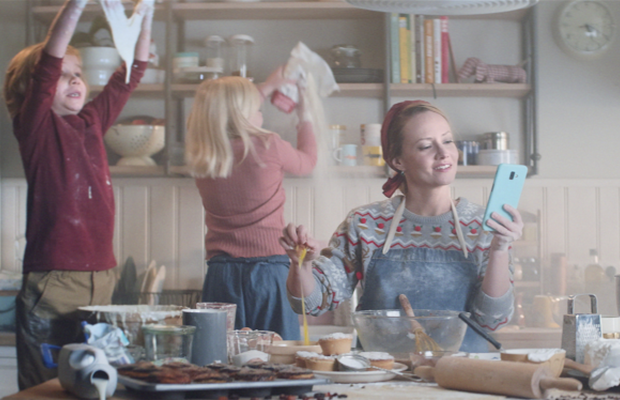 Fresh off the back of winning the business in September, Creature has launched a new Christmas campaign for Moonpig running across TV, radio and social media. It is the first campaign to launch since Kristof Fahy took over as chief marketing officer in July of this year.

The creative, which is one of a suite of creative campaigns that will run throughout next year, dramatises the way in which Moonpig makes it easy to send heartfelt personalised cards, and shows the hilariously hap-hazard and chaotic setting in which loving and thoughtful Moonpig cards can easily be created and sent.

Ben Middleton, CCO of Creature said: “It's been massive fun working with the Moonpig gang so far and we're excited to see the work we've created launch the brand into a whole new orbit for real people.”

Kristof Fahy, chief marketing officer at Moonpig added: “We knew when we chose Creature as our agency, that they’d deliver work that is brilliantly insightful and that people will love, so we’re really looking forward to launching this campaign, and the others that will follow next year.”

The TV is supported by radio and social activity and will run throughout December.