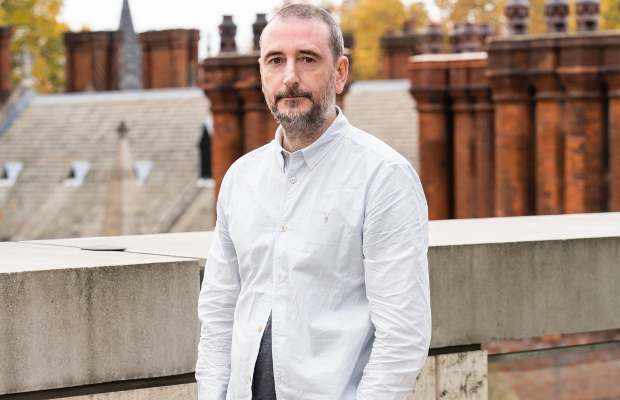 Saatchi & Saatchi London has today announced the appointment of Kerry Roper as head of design, starting immediately. Kerry began his agency career at Leagas Delaney, followed with a period as head of design at Dare before eventually moving to Anomaly.
In addition to his advertising career Kerry’s skills have been in much demand by Topshop, Nike, Snickers and numerous record labels. Since 2009 he has been the Visual Creative Director for Sushitech Records Berlin.
Kerry will be tasked with further elevating Saatchi & Saatchi’s design and visual output. Three pieces of his art are in the V&A permanent collection and toured the UK as part of the Street Art exhibition alongside works by Banksy and D*Face.
Guillermo Vega, chief creative officer, Saatchi & Saatchi London commented: “I’m extremely happy to welcome a visual graphic artist of Kerry’s stature into the Saatchi & Saatchi London family. He is incredibly well respected in the design world and will bring fresh and unique energy to the creative team. He will be leading a team of designers, motion and display experts taking them to the next level. I can’t wait to see Kerry’s talents unleashed on our next client brief.”
Commenting on his new post, Kerry said: “Saatchi & Saatchi London isn’t just another ad agency. Its energy, excitement and vision is phenomenal and I’m proud to be given an opportunity to be a part of an iconic agency with very exciting times ahead. Advertising, both as a craft and industry has suffered and lost its way over the last decade, but it’s getting its swagger back with Saatchi’s leading the charge.”
Reporting into CCO Guillermo Vega, Kerry will be part of the senior creative team at Saatchi & Saatchi London, working across the agency client roster which includes BT, EE, Direct Line and Visa.
This appointment follows a series of big announcements from Saatchi & Saatchi London, which include the recent brand overhaul for BT and the appointment of Sarah Jenkins as managing director, who takes over the role in December.