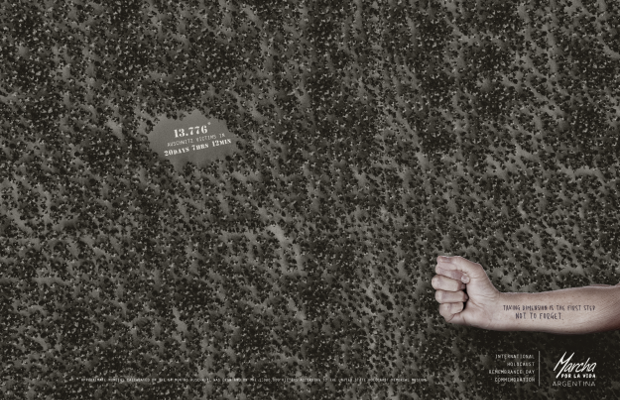 This campaign aims to take dimension of the amount of jews who were murdered during the 54 months the Auschwitz lasted and bring this forward January 27th on International Holocaust memorial day.

Tony Waissmann, CCO of the agency said: “Working for these types of issues is not only a great responsibility, but it is also a new way to impact to raise awareness of what happened, to not forget and keep it in our memory constantly without resorting to a low blow.

When one speaks of numbers, it simply remains that, but when one sees them embodied and puts them in function of time, one can take dimension and magnitude of what really happened.

Working on this topic, it is impossible for it not to hit you hard and be moved, and when investigating you find content that is hard to see and hear, it is almost impossible to digest it, so we wanted to convey what happened, from a place where everyone is exposed to it and where they can focus on understanding the message and not only take dimension but also become aware.”

Lic. Alejandra Tolcachier, director of marching for lives Argentina added: “Our educational program works tirelessly to allow hundreds of young people to visit the places where the extermination occurred, in order to deal with the denial of the Shoá (Holocaust).

We also place a strong emphasis on combating anti-Semitism, racism and xenophobia, noting to young people that it is not only hate that must be eradicated, but also indifference.” 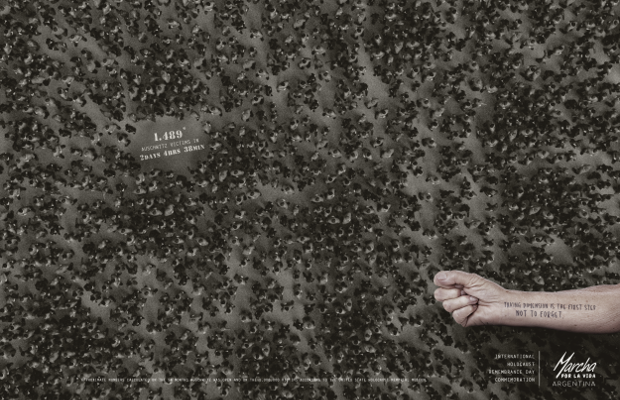 This January 27th, International Day of Commemoration of the Victims of the Holocaust, and within the framework of the 75th anniversary of the liberation of Auschwitz, we launched this campaign so that the whole society can become aware and commit to build a better future.

‘March of the living’ is an annual educational program, that reunites young people and adults since 1988 from the whole world in Poland and in Israel with the objective to study the history of the holocaust and examine the root of prejudice, intolerance and hate before the WW2 and the creation of the state of Israel.

In over 30 years, more than 270.000 people from 52 countries have participated in the March of the living and have marched the 3 kilometres from Auschwitz to Birkenau on the day memorialising the Holocaust -Iom HaShoá- as a silent tribute to all the victims of the Holocaust. 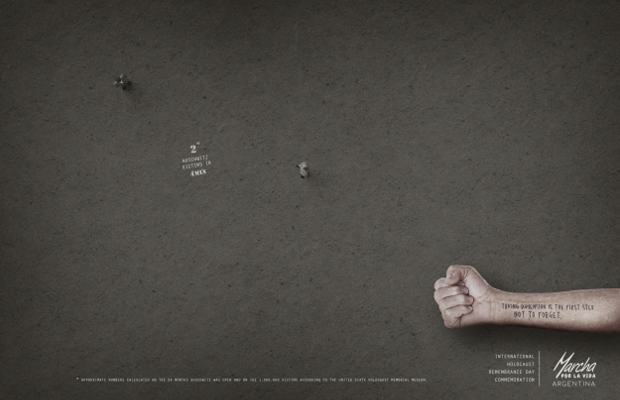 This experience aims to give new meaning to the known ‘Death Marches’ and change them into ‘The March of the living’.

The march of the living was declared of educational interest in the city of Buenos Aires, on the 23rd of October of 2014 during the legislation session.