Office will be led by David Mellor, Raven Sia and Krystina Wilson 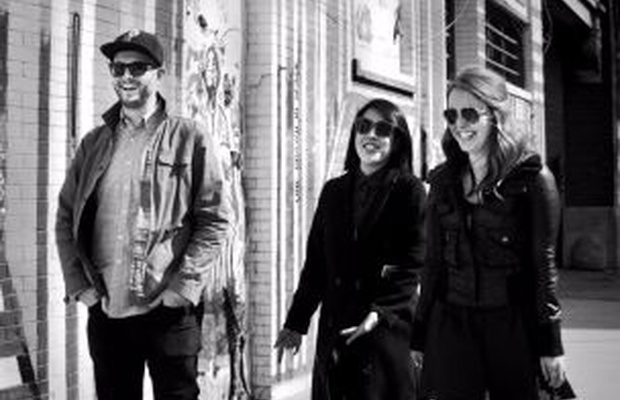 Oscar-winning Framestore is opening its third US location, and fifth globally, in Chicago’s West Loop May 1st. The office will be run by current Framestore employees David Mellor, as Creative Director, and Raven Sia, as Head of Production. Newly appointed Krystina Wilson will lead as Executive Producer, joining from The Mill in Chicago.

Framestore’s Chicago office signals an expansive growth period for Framestore’s Integrated Advertising division, which in 2016 had its most successful year to date. Winning a slew of accolades including Clio and LIA Production Company of the Year, and Ciclope’s Visual Effects Company of the Year, along with over 70 awards for the groundbreaking group VR experience ‘Field Trip to Mars’, including 19 Cannes Lions.

"The value of proximity is key," explains Jon Collins, President of Integrated Advertising on the move to Chicago. "We’ve always partnered with Chicago agencies, brands and production companies but now we’re developing the work within the community and operating as part of the culture."

Chief Production Officer Diane Jackson of DDB Chicago says of Framestore, "Like many in the production community here in Chicago, I’m delighted to see world class talent and a major player, such as Framestore investing in our market. DDB is thriving and the demands for us to deliver original, effective, innovative production solutions is why companies, such as Framestore, are critical to our ongoing success."

"Each new office retains the Framestore DNA but also carries the nuances of each unique market and executive leadership," continues Collins. "We’re thrilled to join the Chicago community and excited to see David, Raven and Krystina take these new leadership positions."

David Mellor and Raven Sia are both seasoned Framestore veterans, with Raven’s tenure at twelve years to David’s fourteen. They both share ambitious and diverse portfolios. Raven has executive produced GEICO’s acclaimed Gecko campaign for many years, and is proud of the recent work with Framestore directing and executing the CG brand icon. She also produced content for Morgan Stanley’s Times Square digital signage with Framestore Labs, which won the first-ever D&AD Pencil in Data Visualization. The projects she has produced have won Webbys, VES award nominations and Outstanding VFX accolades.

Mellor has worked in nearly every department and at every level within Framestore, spanning Runner to Head of CG. In addition to his title of Creative Director he is an awarded Director with Framestore Pictures, with whom he recently co-directed Chick-Fil-A’s TV and VR campaign, ‘Cowz VR.’ In recognition of his technical and creative skills Mellor won a CLIO in Direction for Qualcomm Snapdragon’s ‘Coming Soon’, and the spot was nominated for two Cannes Lions.

Krystina Wilson joins as Executive Producer from The Mill’s Chicago office, where she helped launch the company’s Midwest office in 2013.

Wilson states, 'First and foremost, we want the production and the creative teams here in Chicago to view Framestore as a creative partner rather than a vendor. We have opened this office because we know the work coming out of the Midwest is some of the best in our business, and our goal is to house clients in a creative space where they feel like they can collaborate with our artists from inception to completion to create rich, iconic, and meaningful work.'

Led by Mellor, Sia and Wilson, the Framestore Chicago office will work with new and existing clients across brands, ad agencies and production companies. The office is actively hiring a wide range of staff roles, from production and artists through to office support. Services offered will encompass the range of Framestore’s offerings including post-production, live-action, VR, digital installations and CG character development.

"A lot of our partners come to us for real technological solutions," adds Collins. "We’re known to deliver the right mix of creativity and craft. Since Chicago has always had its own distinct slant on creativity and production, we’re excited to see what we can brew up together."