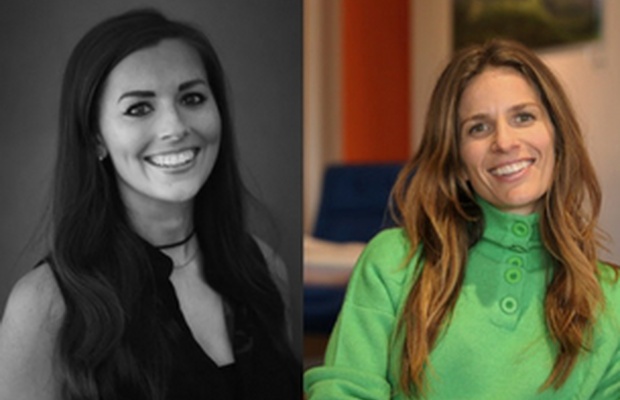 Framestore has announced the addition of Larissa Berringer to its Chicago team.
Larissa joins in the role of Business Development Manager at a time of exciting growth for the Midwest office - Framestore’s third base in the US - as it celebrates its first year in operation in Chicago.
Larissa is a highly experienced multimedia producer, with significant credits gained across film, television and advertising.
(L-R Larissa and Cat)
Her career kicked off in earnest on the set of the hit Showtime series Weeds, working alongside show creator Jenji Kohan. Making her move into the VFX industry, Larissa joined Vitamin Pictures in Chicago where, as Executive Producer, she handled projects for a wealth of clients spanning ad agencies, Fortune 500 companies, and world-renowned directors. She later moved to produce at The Mill, and now joins Framestore to foster client and creative relationships across the company’s vibrant advertising business.
Framestore’s Chicago office also welcomes Senior Producer Cat Pavitt into the fold.
Cat joins the office direct from Framestore’s London operation, where she has spent the past seven years at the core of the company’s advertising VFX business, producing work for a long list of both household and luxury brand names. Cat brings an abundance of Framestore DNA with her to the US, as well a natural tenacity for the role, which was acknowledged by the wider industry in her winning best Producer at the UK Broadcast Tech Young Talent Awards in 2017.
Says Krystina Wilson, Managing Director, Chicago of the appointments:
‘As we enter our second year and continue to expand, it is critical for us to maintain the balance of Framestore “born and bred” stars with Chicago-based talent. Larissa’s breadth of knowledge, reputation within the Chicago community, and her strategic thinking as to how we grow, as a both a creative studio and innovation company, all make her invaluable to our team.
Cat’s innate skills and passion as a producer are the perfect complement to Larissa’s joining; her demeanour with both clients and artists alike has made her beloved across the company, and we are thrilled to have her in Chicago to join this already stellar Production team.’