INFLUENCER: Mukbangs are weird… Grey Consulting's Leo Rayman explores what they teach us about food innovation 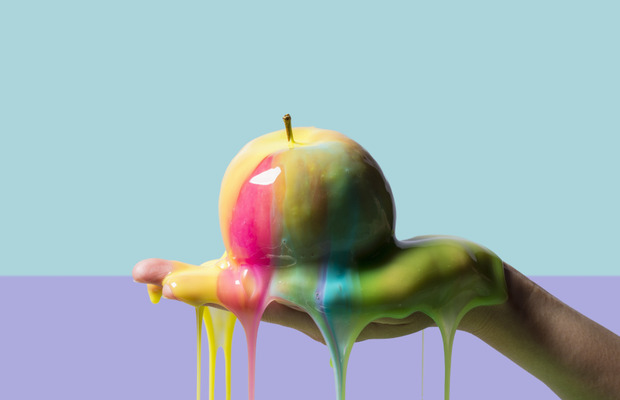 A mukbang — a combination of the Korean muok-da (eating) and bang song (broadcast), so 'eating broadcast' - is a genre of video hosted on a social platform where people eat in front of the camera. The Korean originals often had the eater munching in silence, but the Westernised version is often accompanied with stream-of-consciousness narration. Thrilling, right?

But surprisingly these have become a sleeper hit online, with videos regularly getting millions of views within days. This form of conspicuous eating doesn’t seem to be a mere fad. Twitch, formerly reserved as a live-blogging platform for gamers, has introduced a dedicated social eating channel. 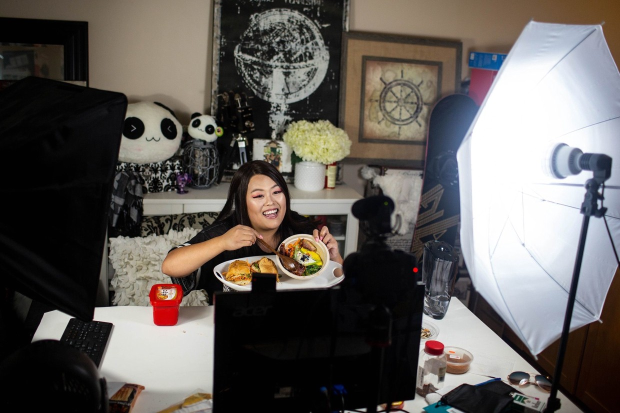 Why is Mukbang a thing?

There’s a lot of speculation around what drives the insane popularity of what, on paper, seems like fairly mundane content.

South Korea, where the trend took off, has an intense work culture where work often encroaches into people’s private time — in Korean death by overwork has its own tragic moniker, gwarosa. As a result, socialising has been gutted from most midweek dinners, the warmth of human contact replaced with the glow of a screen.

Fascination is undoubtedly a driver of viewership. As a new global type of food media, it affords people a window into foreign foods and customs, albeit a slightly odd one: the genre has included people eating live octopus and plastic hairbrushes.

As conscientious consumers, we generally strive towards 'clean eating'. As cultural disciples of a 'clean' philosophy that prioritises function over taste, it seems jarring that a genre where most of the food is processed, fried and sugary would have gained so much traction.

Perhaps mukbangs pressure valve our desires. We begrudgingly eat the food we know we should, whilst watching others binge on the food we shouldn’t.

At Grey Consulting we explore the outer edges of culture to inform our thinking and develop new interesting strategic paradigms. Here’s why we think mukbang should inform your strategic innovation programme.

Eating functional meals alone whilst hunched over a screen, isn’t unique to South Korea. Modern work practises have fragmented traditional mealtimes and given rise to convenience food — which underneath the packaging is invariably beige.

At the end of the day, with severely depleted social batteries, during this period of decompression people are still looking for dinner companions. They just need to be at a distance.

Mukbangs have been able to capitalise on this need with the most inconsequential content. At a broader level, mukbang reminds us that mealtime brands have an opportunity to connect us through stories, even when we eat alone.

Implication: Look at What the Consumer is Not Telling You

For food brands we’d propose considering how to create more meaningful moments for the solo eater. Consider your customers’ secrets. Mukbang has revealed that many of us are secret voyeurs. What are your audience’s untold needs and what could you make to satisfy them?

Take a leaf out of the mukbang book and tell bold stories.

Eaters Are Even More Adventurous Than We Think 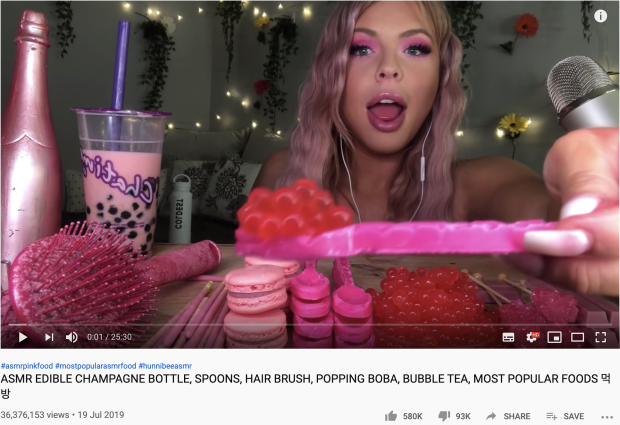 Most of the food featured in mukbangs is either supersized, foreign to Western palates or just plain abnormal.

Mukbangs demonstrate that there are insanely daring consumers who are curious about exciting food. They are seeking out authentically different additions to their post-work menu, even if someone else is eating them.

As well as mukbang, on YouTube we see a growing viewership of culinary channels such as Bon Appetit. One channel dedicated to hot sauce has grown so big it now regularly hosts A-list guests such as Idris Elba, Seth Rogen and Paul Rudd.

Beyond the video-sphere, there are other signals of increasing interest in widening our palates. AirBnB now hosts regional cooking lessons in addition to accommodation. If social media is anything to go by, stopping for a spider at a street food market is as integral a part of a trip to Thailand as going through visa checks.

When it comes to alternative, the public is more than game.

· Don’t be afraid to use unusual niche ingredients such as insect protein. Our partnership with Green Lab allows us to develop edible proteins from black fly larvae. YUM!

· Broadening international menus: mukbangs provide a cross-cultural view of modern food. How could your brand bring lesser known cuisines like Persian or Ethiopian to the mass market?

· Dig deeper into a cuisine for dishes to showcase. Rather than just the generic California roll, diversify menu to include sustainable uni (sea urchin), unagi (freshwater eel) or maybe kazunoko (herring roe), if only as newsworthy limited editions. 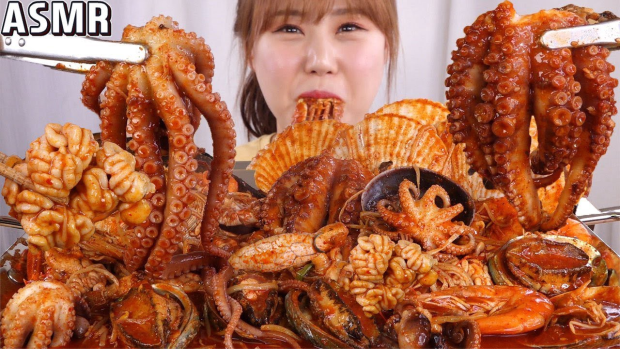 Conventional wisdom suggests that a highly stylised aesthetic is the best way to showcase food to pique interest. However, the popularity of mukbangs shows the opposite to also be true.

It’s no secret that Instagram propelled food aesthetics and in turn influenced innovation. Would artful turmeric lattes really be en vogue if they didn’t pop on the feed?

We may have become slightly bored of Insta-aesthetic product shots but the growth of mukbangs and Twitch’s social eating channel signal that those designing food should still be prepared for their products to be shared, reposted and scrutinised online. Innovators must challenge their assumptions on how food should be presented.

Look to phenomena like mukbang to understand a cultural world beyond the sanitised walls of marketing and R&D. Many of the more popular mukbangs racked up more views on YouTube than Superbowl ads. For example this 'FIRE Noodle & HOT DOG & CHEESE PIZZA' mukbang got 2.5 million views on YouTube whilst, in the same period, Superbowl favourite Tide notched a considerably smaller 609k views.

Avoid path dependency: innovation often focuses on the same people, using the same old data, with the same old process. Familiarity replicates failure. How could you introduce wilder thoughts into your inspiration?

Adore Me Knows What Women Really Want for Valentine's Day