DDB Sydney Rework ‘Land Down Under’ 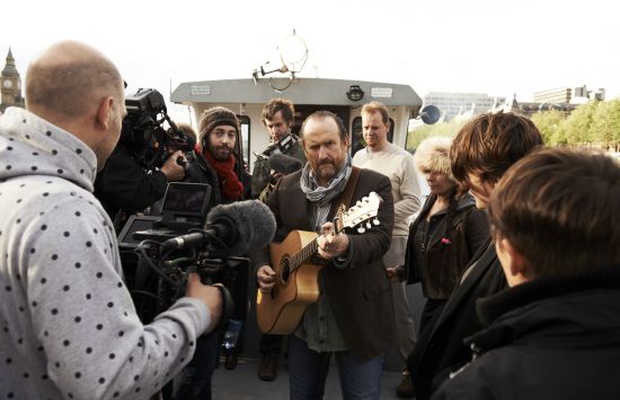 There’s been one song and one song only doing the rounds in the LBB office this week and that’s the Men At Work cheese-fest, 'Land Down Under'. The track forms the basis of Heroes, the new Olympic commercial for Australian mobile provider Telstra and, unsurprisingly, it’s a bit of an earworm.
DDB Sydney worked with Rogue Films directing duo Tubby Brother (Ben and Dan Tubby) and Chief Entertainment’s Stuart McFadyen to capture groups of Australians singing the anthem at various locations in London and the land of Oz. 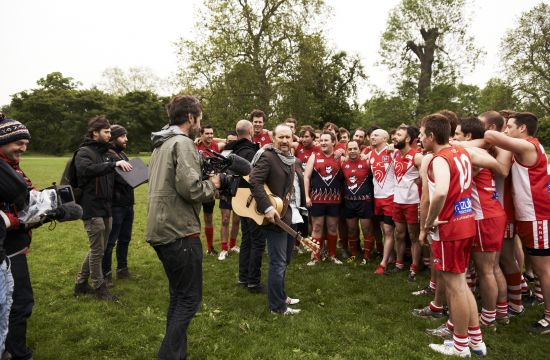 Pommy directors Tubby Brother leapt at the chance to work on the spot – it turns out that Ben has a rather special connection with the song. “It was number one the year Ben was born. He’s always had it on his top five songs to belt out at karaoke, so that was an instant hit for us,” explains Dan. “But this wasn’t just a sing-a-long of a famous track. The whole idea of recreating all the drum sounds, flute riffs and bass stomps to make a brand new track really gave the project an interesting angle. All the sounds from our Aussies in the field were used in this new track that captures all the pride these guys have for Australia and their Olympic athletes.”
Not only did the brothers get to work on one of their favourite tracks, they also had the opportunity to collaborate with Men At Work frontman, Colin Hay. His rapport with the various groups helped create the energy that is evident throughout the commercial. “He is a natural showman,” says Ben. “He loves to tell a story; in fact his live show has almost more about the chat than the songs. He’s a story teller and he does it well. He captured the crowd’s attention immediately with jokes about his Scottish accent, how he ended up in Australia, and what the place means to him.”
Of course, working on such an iconic song meant that the job wasn’t all about getting spontaneous larking with the crowd. The team had the added pressure of not ruining a much-loved piece of music. In order to get it exactly right, Colin Hay’s producer, Dorian West, carried out a series of tests before the shoot. This included recreating the song using flutes, beat boxing and drum loops. Once West had perfected a skeleton version, the team were able to improvise with the volunteers on set and during the edit. 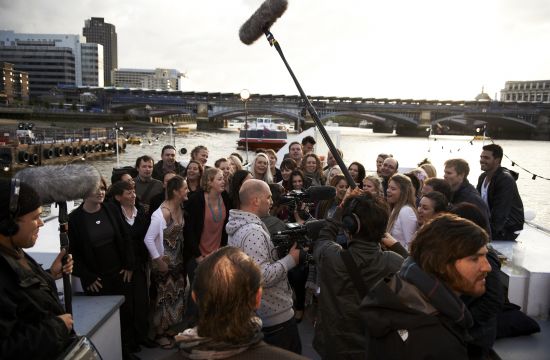 The shoot itself took place in the UK and Australia – the Tubby Brothers took charge of the London-based shots and the edit while Stuart McFadyen of Chief Entertainment directed the Southern Hemisphere elements of the film. The Australian arm of the job captured the singing school children and the epic stadium shot at the end of the spot.
Dan and Ben spent three days filming expat Aussies at various locations across London. The stars of the show were recruited by a team at Rogue Film,s headed up by Tom Farley. Their secret weapon was an Australian called Michelle Thomas who used flyering, social media and personal contacts and so successfully rounded up enough volunteers that the production was over-subscribed.
Leo King at Stitch Editing worked with Tubby Brother to piece the shots together, a task that involved stitching the song together from scratch. “We constructed the song however we wanted,” he said. “It wasn’t like editing to a music video, where you’re given a track and fit the shots to the music. The directors had a story board of the various shots they wanted to get, but we didn’t use it for the edit. Instead it was quite a fluid process, rather than rigid. We wanted the spot to build in scale – that’s why it starts small with the kids and ends in the stadium.” 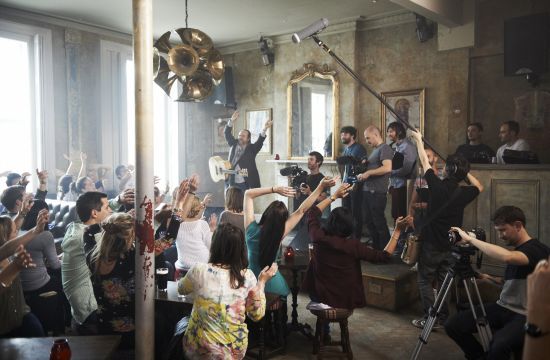 Thanks to its clever editing and naturalistic documentary-style shots, the final film balances a robust Aussie singalong with moments of real emotion. What’s more it looks like the spot also had a lasting sentimental impact on its cast and crew, as the Tubby Brothers explain. “Projects like this feel really nice because everyone in the spot has come down as part of a community they belong to and want to represent, so there was a really nice vibe on set. When we wrapped at the pub all the Aussies just stayed all afternoon and made a day of it. I’m pretty sure a few people got together from that shoot too so there was a kind of a Cilla Black [Blind Date] thing happening, which is quite funny. Oh, and Ben got to sing along karaoke-style with Colin on the guitar - that is something to remember.”
To view the spot, click here.
Credits
Company: Telstra
Chief Marketing Officer: Mark Buckman
Director Corporate Marketing: Inese Kingsmill
Brand Marketing Manager: Kieran O'Donnell
Production Company: Rogue Films (London) / Chief Entertainment (Australia)
Director: Tubby Brothers (London) / Stuart McFadyen
Creative Agency: DDB
Edit House: Stitch Editing
Editor: Leo King
ECD: Dylan Harrison
Creative Director: Rupert Hancock
Managing Partner: Brent Annells
Media Agency: OMD
TV Trading Manager: Simon Lee