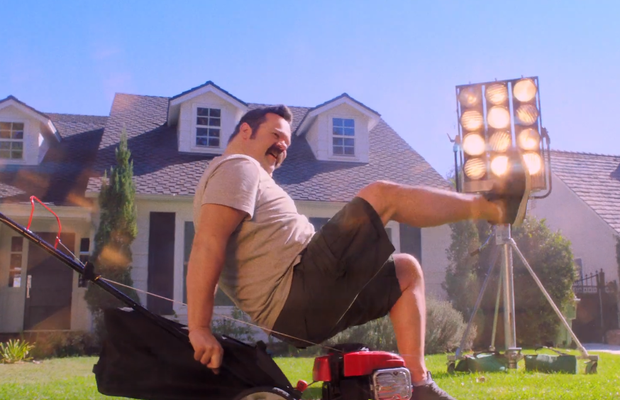 Today, streaming app Pandora is rolling out its most substantial update in years (initially announced in October) to all users — focused on enhanced discovery, better personalisation, and more on-demand music and podcasts and unique programming across all tiers (free/ad-supported; Pandora Plus; Pandora Premium).

Pandora is also launching its most ambitious brand campaign yet — a sweeping, multi-channel national campaign that weaves music with cheeky humour and celebrates Pandora listeners in their everyday lives (cooking, working around the house, commuting) with the narrative that 'life is better with sound on'. The spots will feature the creative comedic direction of Tool of North America’s Paul Briganti with the lithe editing of Spot Welders’ Catherine Bull, and the vibrant visuals of Shipping + Handling’s Matthew Schwab.

The campaign will feature traditional elements (TV / OOH / digital / etc.) as well as super cool, large-scale experiential events and activations, like a live-streamed Halsey concert on 12/10 that will transform Times Square into a massive silent disco.

Catherine Bull, editor at Spot Welders, comments: "This project was so much fun to work on! The director, Paul Briganti, doesn't come from a traditional commercial background--he makes all the digital shorts for SNL so he is used to a ridiculously fast schedule and all the constraints that come with that. For this Pandora campaign, they shot all three spots in one day (bonkers by commercial standards), so there wasn't a ton of footage but the production was so nimble and efficient, they were able to get exactly what they needed for each spot. And these spots really hang on the performances and the humour and grace of the choreography. They did such a good job with all that, that the editing was truly a joy. I loved working with Paul, with such great actors, such great choreography and of course the music. When you're cutting a spot to music, you listen to the track a billion times, and it is a testament to these artists that I never ever got sick of the songs.  Each night I would wake up with a different one playing in my head, and it always made me smile."

Casey Price, creative director/VFX supervisor at SHIPPING + HANDLING, says: "We shot in Van Nuys at the FlyAway terminal. Though we faced a few lighting placement restrictions at the location and limited opportunities to add atmosphere, we were still successful in creating the director and client's vision by augmenting the lighting with selective colour grading as well lens flare and smoke to make it look more stylised and enchanting than any regular evening in The Valley."

Out of Home agency: Boyce