Curious - 20 Years into the Future 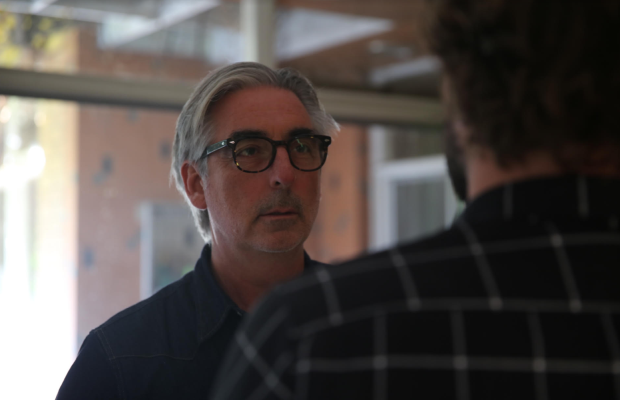 As a production company, Curious has always set itself up to move ahead of the cultural curve, making business calls for moral and philosophical reasons from day one.

When Matt Noonan set up Curious in 1999, the climate emergency was a far-off, fringe thing. Few were thinking about where the unit coffee came from, whether it was fair trade, let alone what vessels it should be served in. It wasn’t totally out of the ordinary for a few vegans to be on set, however “us freaks kept mainly to ourselves”, Matt laughs.

Equally rare at the time was concern for the impact a shoot might have on a far-flung location, so long as you could get away with it. Clients certainly weren’t in the habit of considering their C02 emissions; the only air miles most cared about were the ones on their frequent flier cards.

But, as Matt explains, “Curious has always been a bit different like that”.

One of the first companies, production or agency to start recycling paper, Curious was first to go to paper-free production meetings, and then became the first to be officially certified Carbon Neutral in 2009.

“This sort of forward-thinking has defined the Curious culture and attracted a more enlightened kind of director, crew and client, too. I think we’ve always appealed to a more progressive client,” Noonan says.

“These days though, the things that have always mattered to us aren’t fringe, they’re policy in the boardrooms of global corporations and they inform all sorts of decisions brands make - including where to invest their production dollars. And it makes sense. If you’re going to come all the way to NZ for our awesome locations, you want to be able to say that the production was carbon-neutral, with zero ecological impact, at the least. Maybe even left the world better than it was”

Noonan says the ambition when working with private landowners, Department of Conservation, New Zealand Transport Agency, and Local Māori Iwi is that when Curious wraps a shoot, they and the next crew are welcomed back. “It’s the shared responsibility of guardianship of the land for future generations, in Te reo Māori it’s called Kaitiaki.”

Diversity and gender balance are also hot issues today, but something that has always been a principle for Curious.

“We’ve always been really conscious around this because if you don’t do it consciously, you don’t get there. This year we achieved gender balance in our directing line-up... which already feels a bit embarrassing to be claiming after being around 20 years, but still a milestone.” He adds that Curious wants to see more companies move beyond the language of diversity and inclusion into real representation and a true reflection of contemporary society.

“Again things like this really matter at the senior client level - they’re asking questions like this of suppliers all the time and it’s good to be able to give the best answer. Yes, we are a truly diverse, gender-balanced film company and yes, we’re carbon neutral. So you can feel good about working with us and get the best world-standard production, too.”

Asked to pick some defining projects from the first 20 years of Curious, Noonan pauses a few moments to reflect.

“All the New Zealand Transport Agency work we’ve had the privilege of working on over the years, especially Taika’s “Blazed” Campaign. Orcon with Iggy Pop and Special Group, which won multiple Cannes Grand Prixs. The Epic Safety Video with Air New Zealand and Taika. Hunt For The Wilderpeople, the feature film. All of the shoots we’ve done with traktor have been pretty memorable. And this year, working with Chinese Master director Feng Xiaogang on his feature Only Cloud Knows.”

He says he unreservedly believes that these days anything is achievable from New Zealand and Australia. “I’m so lucky to have been able to work all around the planet. I think more than ever Curious is a  Kiwi company bringing that sensibility, passion, adaptability and mindfulness to a global market.”