Colorado Lottery Knows Finding a Fortune Isn't All That Glamorous 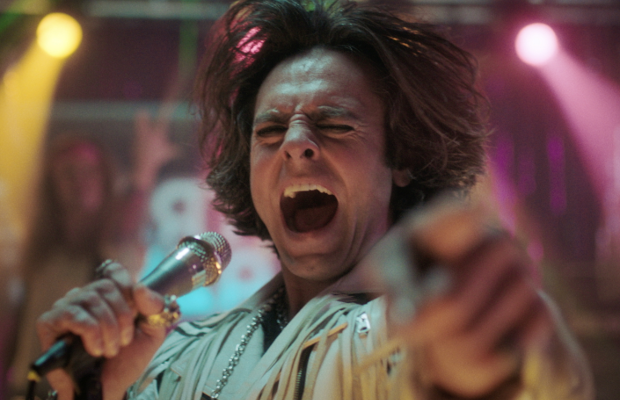 Advertising agency Cactus is promoting awareness of the Colorado Lottery’s newest family of scratch games, eXtreme Multiplier Scratch, with a TV ad starring a persistent ageing hair metal band to remind viewers that there are easier ways to find fortune.

‘Glam Band’ recently launched throughout Colorado, and a radio component will kick off later this month. Cactus’ will also leverage separate social media, web, email, and point-of-sale collateral to increase awareness and alert lottery players that there is a new game to win.

The TV spot captures the band members plotting how they will market themselves into millionaires as they pump themselves up in a dressing room backstage before a gig. However, their performance in front of a sparse crowd in a nondescript venue indicates they have their work cut out for them. The Colorado Lottery interrupts the scene to remind viewers there are easier ways to go extreme for real with its new eXtreme Scratch games.

eXtreme Scratch offers players many ways to win different amounts of money by selling tickets at unique price points of $1, $2, $5, $10, and $20. Players can win up to $1 million on the $20 ticket.

In creating the work, Cactus’ strategy was to highlight the ease of winning a million dollars and the ‘extreme’ nature of these games in a fun, memorable way. The agency determined that these players value knowing both the high-value payouts and their odds of winning. There was a lot to communicate in a short amount of time.

“People go to some crazy extremes to find their fortune,” explained creative director Shea Tullos. “For the launch of these games, we highlighted the ease of winning $1 million instantly by juxtaposing eXtreme Scratch with an ageing glam band still looking to catch their big break. The concept was inspired by the bright, bold ticket art and serves as a reminder for Coloradans to ‘Play On.’”

Cactus has served as the Colorado Lottery’s AOR for the past 12 years (since 2007).

NutriBullet Introduces BulletFit: A Revolution in Sticking to Your New Year’s Resolutions