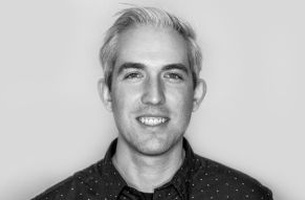 Framestore welcomes Chris Beers to the team as Compositing Lead, based in Chicago. Chris, who brings with him an impressive portfolio, will be working across a variety of clients with the Chicago team, as well as diving into Nuke projects of his own.
Chris got his start in the industry at a young age, finding his passion working on personal projects; his interest led him to pursue his craft at The Illinois Institute of Art, where he earned a BFA in Visual Effects & Motion Graphics. Upon graduation Chris honed his skills as a junior motion graphics artist at Leviathan in Chicago, and has since worked on projects of all sizes.
Chris’s experience is wide-ranging: career highlights include working as an After Effects artist on an expansive projection mapping project for Brazilian musician Amon Tobin’s ISAM world tour, and as a Nuke compositor for the title sequences on Marvel films Ant-Man, Captain America: Civil War, and Doctor Strange. Most notably Chris was lead compositor on the series finale of Netflix science fiction drama Sense8, having worked with the team as a Nuke compositor across both seasons of the critically acclaimed show.
Says Krystina Wilson, Managing Director, Chicago:
'We are thrilled that after years of freelancing, growing his portfolio across different disciplines, and working on so many noteworthy projects, Chris has chosen Framestore as his permanent home.
As we recently celebrated our office’s official first year and continue to expand, it’s talent like Chris that make our studio what it is: a creative hub with a strong sense of community, but the firepower of an integrated, global studio; and an equal combination of longtime Framestore team members and exceptional Chicago-based talent.'