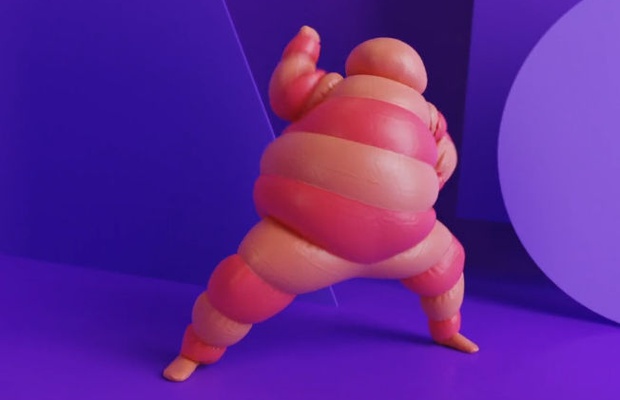 For the launch of its new slimline thermal jacket, Tokyo-based clothing retailer DoCLASSE turned to Method Studios’ design team in New York to create the brand’s first commercial, a fun and playful spot that would turn heads and resonate with its core audience.
Established by Keiko Hayashi in 2007, rapidly-growing brand caters to a sophisticated clientele looking for stylish apparel, which is available in DoCLASSE’s 46 stores across Japan and online.
Koji Hokari, who provides art direction for DoCLASSE, approached Method Creative Director Jon Noorlander with initial 2D sketches and style frames for inspiration.
From there, Noorlander and his team created unique designs for two CG characters cloaked in digital fur and cloth for a piece that was part-live action, part-CG.
“The DoCLASSE jacket is both warm and sleek, so our furry and marshmallow-esque characters abstractly contrast the idea that a coat needs to be made of down or puffy to be effective. We referenced iconic cartoons for further inspiration, always upping the cute factor and keeping the textures as realistic as possible,” Noorlander explained.
Motion capture data of various dance moves provided the base animation for the characters, then Method artists cleaned up the data, and simulated the cloth and fur.
The live action elements were directed by Noorlander on a green screen stage in Tokyo. To blend the live action and CG plates, Method developed a custom fur setup and composited the two together.
Elements Music provided tailored :15 and :30 tracks to accompany the striking visuals.
“Creating content for a specific market comes with a different set of rules; working with DoCLASSE was pretty spectacular and it was a fun challenge to learn the brand from top to bottom. The whole process was very collaborative, and they were really open to our input and gave us a lot of creative freedom,” Noorlander concluded.