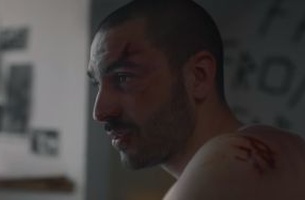 The gains made by our country’s LGBT+ communities are contrasted with the issues that must still be tackled in a new advertising campaign created by BMB for Pride in London.
At the heart of the campaign is a two-minute film that serves to highlight the array of challenges this diverse community still faces. The issues were uncovered through insight gathered from over 2,000 people in the LGBT+ community by Pride in London and YouGov earlier this year.
The film starts with a young man sitting in his bedsit, having flashbacks to an attack. In spite of the painful wounds and memories, he starts to sing a raw but warm version of ‘Somewhere Over The Rainbow’.
The film then moves across different scenarios experienced by the community – a teenage girl being rejected by her mother after she comes out; a transgender woman walking down a street to the sound of heckles; a teenage boy ashamed when his sister finds him trying on her makeup; a non-binary individual in tears as they read insults left on their social media accounts, all singing a line from the song.
As we reach the lyric ‘dreams really do come true’ the tone of the ad changes as we see the defiance in the face of all the adversity. Some of the initial characters return, and are shown finding happiness and acceptance. We also see a girl in a hijab swept into a warm embrace when she finds the courage to come out to her grandfather and we see real life transgender couple Hannah Winterbourne and Jake Graf and other LGBT+ people carrying on with their lives, out and proud.
The ad finishes on the line: ‘We’ve come a long way, but there’s still a way to go’ and the hashtag #PrideMatters
The brief from Pride in London was to create a campaign that would remind the LGBT+ community and beyond that the Pride event is much more than a party – it’s an act of defiance and a promise to help change the world.
Iain Walters, Director of Marketing for Pride in London, said: “We took a new approach this year with an insight-led approach working hand-in-glove with our Comms team. This isn’t just a piece of cause-related marketing, this is taking the issues of our community and surfacing them in a sensitive and impactful way. The result is an astounding piece of work that has had the team in floods of tears throughout the process and I want to thank BMB for all of the hard work they put into it”.
Harry Boothman, Creative Director at BMB, said: “‘Somewhere Over The Rainbow’ is anthemic because it insists there is a better place than the discriminating and divided now. Pride in London is an organisation devoted to this better future and we are immensely proud to have the opportunity to express their community’s courage.”
The two-minute version of the film will air on Channel 4 on June 21 during Hollyoaks. Channel 4, who are donating airtime to Pride in London for the second year running said:
Angus Wyatt, Chair of 4Pride (Channel 4’s LGBT+ network) said, “Channel 4 has a long and proud history of supporting LGBT+ equality and inclusion, so we’re delighted to partner with Pride in London again this year. It’s great that we can help showcase this powerful advert which reminds us all that there’s still a long way to go before we achieve equality.”
There is a two-minute version of the film will also be on Facebook, Twitter, YouTube and Instagram, with three 20-second versions, running for a month on All 4.
It is backed by print ads running in Shortlist and the Financial Times, as well as online ads on the Telegraph website. On the day of the Pride march, the campaign takes over the giant screen at Piccadilly Circus.