Leo Burnett London proves ‘When There’s A Chance, There’s Always A Chance’ with the launch of a 20-second film 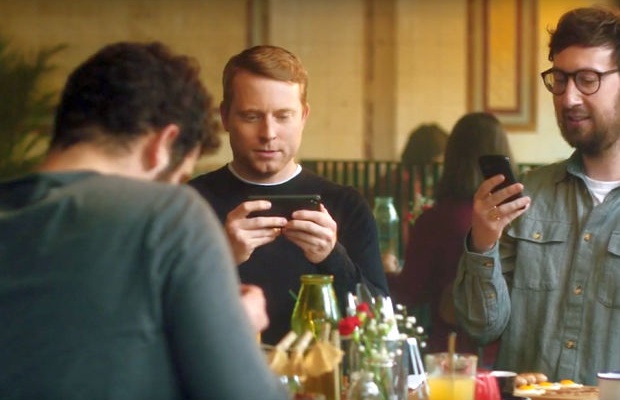 Online gambling company Betfair and creative agency Leo Burnett London have launched an integrated campaign called ‘When There’s A Chance, There’s Always A Chance’ highlighting the fact that everyday moments can be opportunities to win at Betfair Casino.
Targeted at new and existing bettors, the creative conveys how Betfair Casino players spot opportunities to win throughout the day. For example, in the launch 20-second film, we see our protagonist watch his friends taking photographs of their food, and whilst they are counting their ‘likes’ - he sees an opportunity to win on Betfair Casino.
Ending with the strapline ‘When There’s A Chance, There’s Always A Chance,’ the creative execution emphasises Betfair’s position as being the place to go for the most opportunities to win.
Leo Burnett London was tasked with creating a campaign that tells bettors that it’s a good idea to play a game of chance – reminding them that every moment is an opportunity to win. No matter where they are – waiting at a bus stop or playing sardines on the tube – they can all be winners at Betfair Casino.
The campaign is fully integrated led by digital film along with TV and CRM, designed to drive viewers to play at Betfair Casino.
Stephen Mault, brand director at Betfair said: “I’m really pleased to be bring the new Betfair Casino proposition to market. This is not only a brand and advertising launch but we have brought together brand, promotions and product all to deliver against the proposition, making Betfair Casino truly the place for those who want more opportunities to win. It’s exciting to be bringing this to life.”
Liam Hopkins, client partner at Leo Burnett London said: “In this truly collaborative effort with Betfair, we have found a unique and ownable way to position Betfair’s Casino as the most desirable destination for bettors who want more opportunities to win.”