The 'get your raquet on' on campaign was launched by Landor, part of WPP 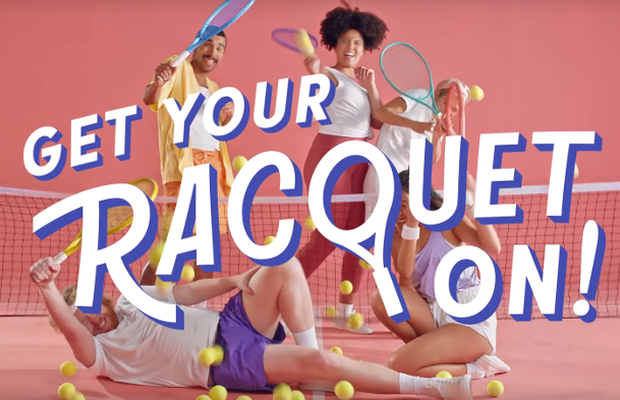 Tennis Australia has launched a new Get Your Racquet On campaign designed to bring people back to the sport of tennis by encouraging them to book an Open Court Session, a new social activity that just happens to involve… tennis!

Landor’s brief was to develop a creative concept to support Tennis Australia’s vision to create a playful world through tennis, for its extensive Get Your Racquet On marketing campaign launching during Australian Open 2020.

“We wanted to present tennis as a fun and social game in a humorously relatable way,” said Abi Singmin, design director, Landor.

“The campaign shows tennis in a light where it’s cool not to be cool. We took a candidly unserious approach to create imagery and a TVC that’s comical and vibrant, flipping the game on its head to resonate with the everyday lapsed player, new player or die-hard tennis fan alike,” she explained.

“We then played with this contrast by off-setting the highly stylised aesthetic with the amateurism of these players that have no idea what they’re doing. Amusing scenarios, down-to-earth fun copy lines with a definite hint of nostalgia,” Abi concluded.

Jessica Murphy, general manager, Landor Melbourne said: “We are very excited to kickstart the new year with such a creative and distinctive body of work for Tennis Australia, following on from previous work Landor did with the rebrand of the Australian Open. We are looking forward to continuing our strong collaborative partnership with the Tennis Australia team.”

Designed for all levels of players from 25-45 years Open Court Sessions will be available at tennis clubs throughout Australia from February. The 90 min session will include modified tennis in a fun and social environment combined with music, and sometimes a drink or snack. 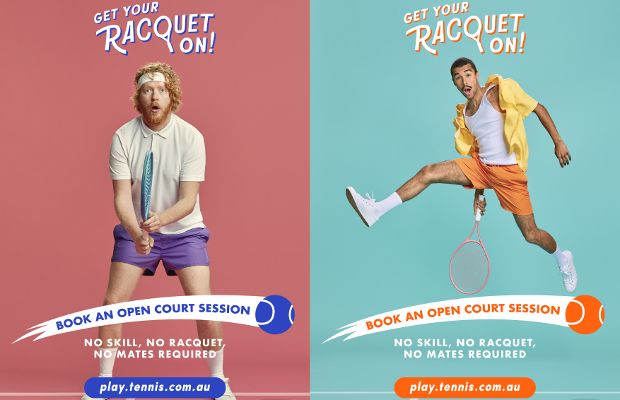