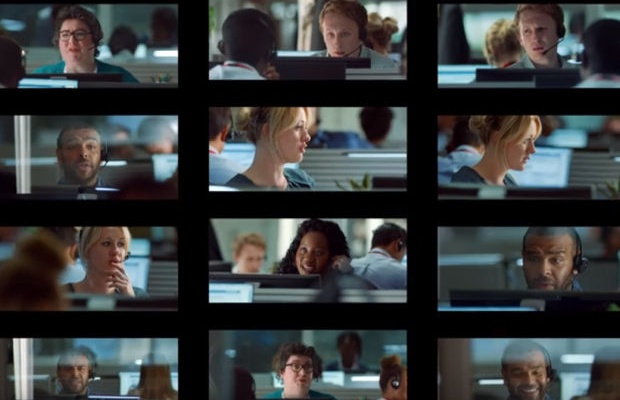 Channel 4 announced today that it has signed a brand-new sponsorship deal with Direct Line for its network film package - Film on 4.
The deal, brokered by 4Sales and MediaCom, will see the insurance company exclusively sponsor all films on Channel 4, E4, More 4 and Film4 (up to 9pm). The partnership covers over two thousand movies and will see Direct Line’s idents appear around a series of films including premieres of T2 Trainspotting, Patriots Day, Moonlight, Ice Age Collision Course as well as classics such as Men in Black, Home Alone and Mrs Doubtfire, throughout the year.
Saatchi & Saatchi London and award-winning director Daniel Kleinman, who has designed several title sequences for the James Bond films, have created the sponsorship idents for Direct Line. The 15 second, 10 second and 5 second spots imagine Direct Line call centre staff dealing with a series of extreme insurance claims inspired by the damage caused in hit movies.
In addition, themed sets of idents have been produced especially for four blockbuster films which will air on Channel 4. These idents have been matched to specific scenes in the films and depict what would happen if the protagonist took time out of the situation to put a call in to Direct Line. These special idents will play out during the ad break closest to when the scene airs.
The sponsorship and idents launch on Tuesday 18th June at 11am on Film4. Direct Line previously sponsored Channel 4’s Homes on 4 in 2004 and 2005.
Rupinder Downie, brand partnerships leader at Channel 4 said: “This exciting new partnership gives Direct Line the opportunity to have their brand associated with critically acclaimed, award winning films, which consistently deliver strong audiences across our portfolio of channels.”
Kerry Chilvers, brands director, Direct Line Group, said: “We’re always looking for innovative ways to reach new audiences, and showcase just how good we are at fixing customer problems. Our customer service teams are our front-line fixers, so it is fantastic to put the spotlight on them in this campaign. TV has been hugely successful for us in driving both awareness and consideration, and with this partnership with Channel 4 we’re looking to take things up another gear. By actively engaging viewers to decode the film references, we hope that the campaign will compel the audience to find out how Direct Line can solve their insurance problems too.”
Oli Scargill, partner, MediaCom said: “This represents another huge step in, what has already been, an incredible brand journey and an opportunity to regularly engage with our customers over the course of a year. There's no denying the mass appeal of film, for both the younger and older generations and we are excited to be partnering with a film brand with such prestigious movie heritage”.
Guillermo Vega, chief creative officer, Saatchi & Saatchi London, said: “We decided to insure the movie world. On a Channel 4 movie, chaos will happen and then we’ll have an ident lined up to show the insurance claim in the call centre for that very incident.”