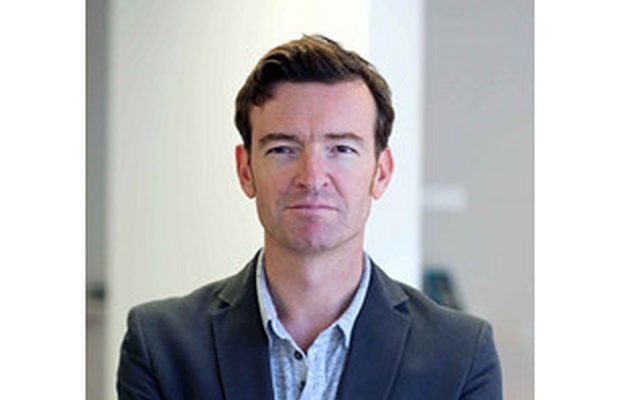 Apart from the noise around Meerkat – the hottest app at SXSWi – and Twitter’s subsequent move to limit access to its social graph, what can we take away from Austin? Read on for the latest in everything from Artificial Intelligence to Wearables, from Big Data to Storytelling, and from On-Demand Ecosystems to Innovation.

The word ‘Innovation’ was one of the most commonly used in the names of SXSW Interactive events this year. Hal Gregersen – Executive Director of MIT Leadership Center and co-author of the Innovator’s DNA with Clayton Christensen and Jeff Dyer – spoke of how the people most likely to have the most valuable new ideas are the most inquisitive: they typically ask twice as many questions. In another panel, Walter Isaacson, biographer of Steve Jobs among others, emphasized the “group portrait of creativity,” as opposed to the loner(s) in the garage. Both stressed the importance of environment: at Cirque du Soleil, ideas happen in the cafeteria; for Pixar and Apple, it’s in big, open spaces where serendipity can take place.

2. Big data: not just for geeks

SXSWi kicked off with a rock star panel facilitated by Ganesh Bell, Chief Digital Officer at GE, but the topic was raised in countless panels. And it’s not just for data scientists: Next Big Sound’s algorithm identifies breaking music artists; Catapult’s devices monitor the health of athletes, including the NFL, NBA and NCAA football champions; and Mark43 uses analytics to help make policing smarter. More than 70 sessions were dedicated to the Internet of Things: and as it becomes a reality, the debate over privacy (so big at last year’s SWSW) will only become louder.

Speaking of the Internet of Things, Wearables are starting to come of age, with Fashion and Health the two sectors at the forefront. These days, cutting-edge fashion design is more about 3-D printed garments and smart textiles with performance, safety and quality of life in mind, like the light-emitting jacket designed by Pauline van Dongen or Billie Whitehouse’s touch-sensitive undergarments. The Health sector has long been a focus for Wearables, allowing us to improve performance and wellness (think FitBit, Fuelband, Shine, but particularly Apple’s newly-announced ResearchKit). Now, researchers at Boston University have developed a bionic pancreas, using a smartphone and multiple pumps. And of course, the debate raged around the Apple Watch: a clue for the company’s next evolution or a betrayal of their core values?

Once the preserve of science fiction, Artificial Intelligence is among us. And it’s not only evidenced in products like DJI’s consumer-friendly video drones or Anki’s toy race cars, or SXSW’s first three-day Robot Petting Zoo (where you could touch, operate and even program ground and aerial robots). One of the keynotes was a conversation with Martine Rothblatt, the highest-paid female CEO in the US. On the principle that neuroscience can be understood and digitized, Rothblatt believes ‘mindclones’ will be real in her lifetime. All the tech behemoths – Apple, Google, Microsoft, Facebook – are exploring ways of generating a computerized form of human consciousness; and governments are investing, too: last September, President Obama launched BRAIN, a research program targeted at brain disorders such as Alzheimer’s.

As people develop T-shaped attention spans – scanning content broadly and quickly before deep-diving into topics of interest – brands have to develop narratives that are modular, without beginning or end, and open to be joined or left at any point. Sabrina Caluori from HBO talked about layering emotional, cross-channel experiences – think Game of Thrones and the Maester’s Path. Interactive platforms add an audience participation/co-creation dynamic that brands are finding challenging. Andrew Cochrane, Creative Lead at Mirada, Guillermo del Toro’s independent studio, talked about driving experiences across physical and digital, including virtual and augmented reality. And that includes re-inventing physical stores: Rebecca Minkoff worked with the retail innovation team at eBay to develop her NYC boutique, a Retail 3.0 concept that blurs bricks and clicks.

6. Every business is a Tech business

Retail, Media, Transportation, Healthcare, Education, Entertainment...One of the central business challenges/opportunities at SXSWi was the bewildering acceleration of technological impact. Media business Thrillist sees the future of the industry as integrated media-commerce companies with technology as the facilitator; Retail e-commerce start-ups Rent the Runway and Stitch Fix are steeped in data science; Uber and Lyft are disrupting the Automotive sector (as well as the distribution industry in the future), which in turn is looking to create connected cars that are like giant smartphones, that happen to get you from A to B – as well as being autonomous, or possibly with the ability to fly; MOOCs loom large over traditional schools and universities; and in healthcare, patients empowered by access to app-based data are challenging the diagnosis and distribution system. Spotify, however, bucked the trend - launching its new brand identity to position itself as a music company, rather than a tech business.

Lyft and Uber made a big play at SXSW, reinforcing their turnkey role in the mushrooming sharing economy (predicted by PWC to reach $325 billion in the next decade) and on-demand ecosystems. Usage of UberPool has exploded in San Francisco, and Lyft Line and Magic Mode were both launched in Austin. Gadi Ben-Yehuda, an innovation fellow at the IBM Center for the Business of Government, pointed out how the sharing economy changes the way we look at our property, our cars and our public space. IBISWorld estimates that the taxi and for-hire industry in the US alone is worth $11 billion per year. But the opportunities for Lyft and Uber don’t stop there: the newly launched neighbor-to-neighbor service Roadie demonstrates their potential to go up against UPS and Fedex; while they also share the goal of becoming a media platform for other brands – Lyft partnering with Budweiser, MasterCard and Chobani in 2014.

The stand-out Neiman Marcus ‘Make Some Noise’ initiative - celebrating bold women who are rock stars in the fields of tech, music, film, business and beyond - was launched last year and generated more than 80 million impressions. What started out as an attempt to engage with Millennials proved to resonate more broadly, and Neiman has pivoted to drive the initiative across everything they do. This year’s speakers included Laura Dern, Rosario Dawson, Freida Pinto and Jenna Bush Hager. And against the backdrop of interim Reddit CEO Ellen Pao’s accusations of sexism against her former VC firm, gender inequality was as live a topic as at the Oscars and the Grammys. In the panel led by Julie Bornstein, CMO of Sephora, and including Jennifer Hyman and Katrina Lake, CEOs of Rent the Runway and Stitch Fix respectively, the conversation ignited around the relative lack of VC support for female entrepreneurs (only 3% of VC dollars go to start-ups with a female executive). And at Lessons from the Trenches: Women in Business, the panel homed in on creating visible senior role models and embedding more flexible working practices.