DDB Sydney’s ECD Tara Ford is a serial mentor, a former ‘army brat’, part of the team behind ‘Grave of Thrones’, and an upcoming final judge at AD STARS 2019 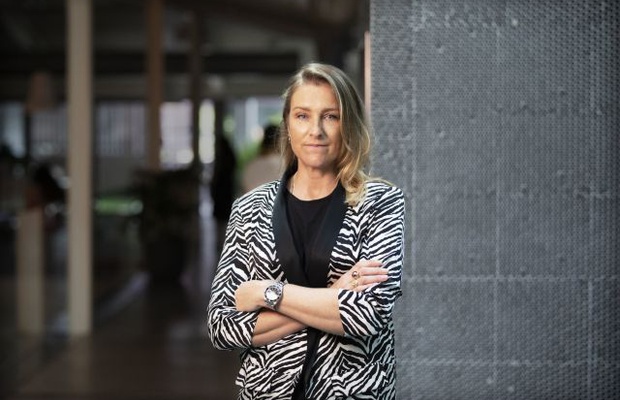 Tara Ford moved to DDB Sydney in 2017 after a successful five-year stint at TBWA Australia. Here, she produced some memorable and groundbreaking campaigns – including GayTM for ANZ Bank in Australia. This campaign was widely lauded and awarded, ultimately bagging her a Grand Prix at Cannes and Big Won’s ‘Best Direct Campaign in the World’ for 2014.
Tara is a serial mentor having been active with the Cannes 'See It Be It' and Young Lions Programmes. She also works with the RMIT student programme, Miami Ad School, and AWARD School in Australia.
Before arriving at DDB, she worked at top agencies in London and Australia. As she tells reporter Lee Patten, she’s looking forward to attending AD STARS next month to judge the Diverse Insights, Outdoor, PSA, Place Brand, and Radio & Audio categories.
LBB> Where did you grow up and what kind of kid were you?
Tara> I was born on an army base in Australia and, being ‘an army brat’, I moved around a lot as a child, from Australia to Singapore to London then back to coastal Australia before settling in Melbourne. I was a shy child. I loved to draw and was academic, but I did have a risk-taking rebellious side, which I got away with because of the aforementioned.
LBB> Who or what was your earliest creative influence, and why?
Tara> My aunt was an artist, and it definitely influenced me to see someone living a truly creative life. I also remember being obsessed with the many art books we had around the house and spending hours studying them from a very early age.
LBB> The VW Polo ‘Unfail’ campaign is a great example of viral advertising and pushing creative boundaries. Why do you think it was so ridiculously successful?
Tara> It was genuinely fun, entertaining and disruptive, so people authentically reacted to it. I think it also had an element of ‘How did they do that?’ intrigue to it which draws people in.
LBB> What other projects have you really enjoyed being involved with recently?
Tara> Grave of Thrones, an activation for Foxtel. We built a ‘final resting place’, to promote the final season of Game of Thrones. ‘Grave of Thrones’  was an enormous cemetery erected in one of Sydney’s most popular public parks, where fans of the show were invited to come and pay their respects to those who had died over seven seasons.
LBB> What are your main aims and ambitions for DDB, Sydney in the coming year?
Tara> For DDB Sydney to be doing iconic work on a global scale across all our clients. Developing the careers of future stars of the industry. And making DDB a fun place to work.
LBB> How can agencies do better at diversity?
Tara> Diverse people have diverse experiences and therefore diverse stories and ways of seeing the world. That has to be good for creativity where we are trying to create fresh, new ideas and points of view. We want our clients’ work to look and feel different and stand out from the rest.
Agencies can do better by looking beyond the usual places for their people, also having a more diverse set of people in leadership will no doubt help. If you can see it, you can be it.
LBB> It’s not often an agency keeps hold of a client for nearly 50 years – and counting – as DDB has with McDonald's. What’s the secret to such a long and successful marriage in the advertising industry?
Tara> Mutual respect and ambition. Working as a team. Trust and a shared understanding and passion for the business. The list goes on…
LBB> In an interview from 2016 you said in five years you’d be, “Working in advertising, creating art and influencing business at board level somewhere.” Three years later, you’re ECD at DDB, Sydney, you make your own art, and you’ve been elected to the board of the Communications Council, Australia. Do you have a crystal ball, or do you always just do what you say you’re going to do?
Tara> Ha! I certainly try to.
LBB> You’ve won hundreds of awards in your career so far. How important are awards when trying to make a name for yourself in the industry?
Tara> I think they are important. Awards raise the profile of everybody involved — the creatives, the client, the brand, the agency, and so on.
LBB> You’re an active industry mentor, working with the likes of Cannes 'See It Be It', AWARD School and many more. Do you see judging at AD STARS 2019 as being an extension of that mentoring?
Tara> I find judging is a great learning experience. It’s a pleasure and a privilege to be able to spend time debating and talking about work with incredibly talented people with diverse backgrounds, experience and points of view. It’s like a masterclass in advertising, and that, I guess, does makes you a better mentor.
Tara will be judging Diverse Insights, Outdoor, PSA, Place Brand, Radio & Audio at Ad Stars in August.