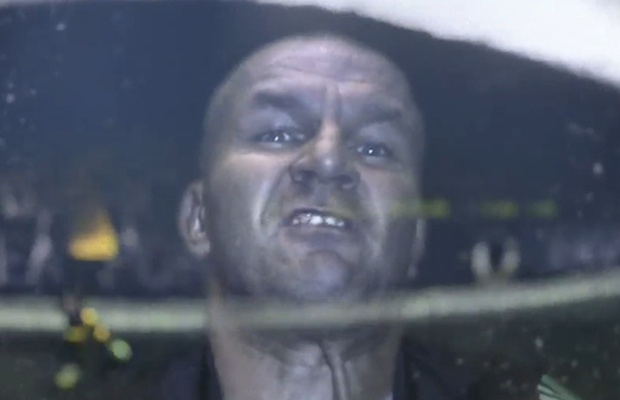 So close to the real thing, FIFA 15 takes fans on a dramatic ride - immersing them in the game so they feel and experience everything that happens on the pitch.

Launching today, the ‘Feel The Game’ campaign celebrates the arrival of FIFA 15 and depicts how players are now so close to the action they can literally feel the emotion of every tackle, save and goal. Created by Wieden+Kennedy Amsterdam, the global campaign kicks off with an epic 2:15 film that puts FIFA 15 fans at the heart of the action.

Immersed in the game’s world, the film shows FIFA fans experiencing everything that the players feel. Fans are plunged onto the pitch for an in-game view of the action, separated only by a thin television screen. The action also seeps into their environments; when it rains in the game, it pours in their loft; when a player receives a crunching tackle, the FIFA fan takes the impact and falls across the room; and when players rise in unison to protect their goal, objects in the room rise to the occasion.

Lionel Messi plays the hero - even one of the world’s greatest football players can feel the emotion of FIFA 15.

David Smith, Wieden+Kennedy Amsterdam Creative Director, says, “Fast-paced, raw, and explosive, modern football is a spectacle beyond belief. And FIFA 15 puts you right in the middle of it. We wanted our film to do the same thing, to put you right in the thick of the action. With the help of Mark Zibert, and the awesome studio at EA SPORTS, we believe we have created a football film that can live up to the best sport action sequences ever filmed.”

Jamie McKinlay, EA SPORTS VP Marketing, added, “Everything we’ve done in FIFA 15 keeps immersive gameplay and the emotion of football at the forefront. The film was built to give viewers a deeper understanding of the highs and lows that millions of FIFA 15 fans will go through when they play the game.”

The campaign airs globally from today, with versions of the film running across TV and digital channels. The full-length 2:15 TV commercial will also air on US TV broadcast during the Manchester United match on Sunday, 14th September.