The Global Creative Hive Comes Together at Cannes Lions 2018 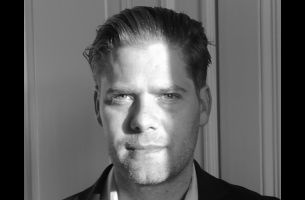 Going into Cannes there wasn’t a clear winner this year like there had been in previous year’s – think Like A Girl or Meet Graham. This created a level playing field for all of the campaigns, making the margins of reaching even just the shortlist smaller.

As a juror this year, one of my main observations was that it is increasingly apparent that the global creative community does not consist of different countries working in silos. It is much more of a hive working together – which we saw a lot of this year.

Today, most creative agencies would agree on the importance of being culturally relevant in our approach. We are becoming obsessed with big topics and current trends and are using creativity to bring our clients and brands in to conversations around topics and trends that already have huge levels of engagement.

For example, in Cannes we saw a number of campaigns addressing the state of our oceans. We saw the impactful image of the dead whale from Greenpeace, made entirely of plastic waste. We saw Value of Nature, where the great barrier reef foundation for the first time put a price tag on the reef, to compare its financial benefits with a planned coal mining project. Strawless Ocean #StopSucking from Lonely Whale Foundation was another one. And of course the PR Lions Grand Prix Winner, Trash Isles from Lad Bible, which looked at plastic pollution in the oceans from a perspective that everyone would recognise, the perspective of a country, making us feel the problems of the 'plastic island' as if we were the citizens.

And these were just a few of the campaigns addressing the pollution in our oceans. It is quite powerful to see what can happen when creatives from different places, with different insights and solutions, tackle the same globally and culturally relevant problems.

Another topic that – in the era of fake news – found its way to the creatives hearts and minds was the protection of the free word. We saw lots of creative work highlighting this with my own favourite being the Uncensored Playlist from Reporters without Borders which disguised uncensored news to pop songs to bypass repressive regimes.

Most of the gold winning work we awarded in the PR Lions was from brands. But at the same time, a large number were connected to some kind of purpose. Like when Budweiser in a period of clean water shortage, decided to adapt their factory to put water in their cans instead of beer. Or like when Coke in Brazil took the homophobic expression that Coke is a Fanta, and actually made Coke cans with Fanta inside in support of the LGBTQ community.

In the year ahead, I think we will see other important issues being tapped into by the global creative hive. I think that we will increasingly see a streamlining of these big topics being used as fuel for creative execution, so lots of campaigns will be trying to raise awareness and solutions for the same problems. This could result in it becoming even harder to feel completely unique, so it’s our job as creatives to make sure we’re continually questioning our ideas and striving for originality.

With that in mind, here are my five cents after sitting on the PR Lions jury for those creatives who want to win gold next year in Cannes and really want to make their campaign stand out and feel unique.

- Clarity - make sure there is no confusion in the story you’re trying to tell. Remember the jury is from all over the world.

- Boldness - in insight, idea, execution. And make sure that boldness has a relevant brand voice.

- Results - Did the campaign do what it was designed to do or something else?

- Longevity - did you make an impact beyond the campaign?

- Uniqueness – remember that all creatives have the same sources as you do. Be different enough

Mattias Ronge is CEO of Edelman Deportivo and was a juror on the PR Lions at this year’s Cannes Lions Festival.