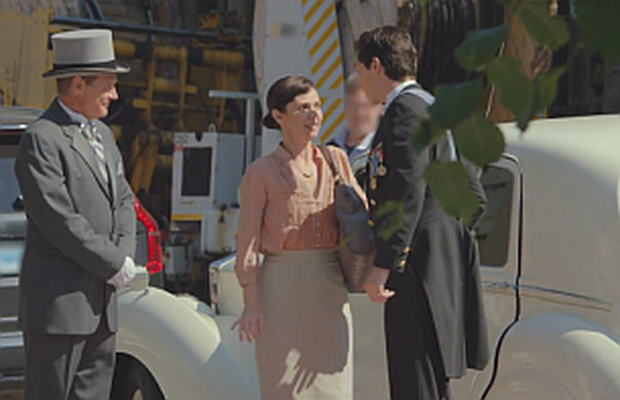 After last year’s release of the Make a Date campaign, which resulted in a combined total of over 12 million video views, romance novel giant Harlequin is back again with two new hidden-camera videos.

The hilarious 90-second spots bring a fresh pair of Harlequin heroes off the page and into the real world of dating.

The first video features a brawny Highlander, complete with kilt and sword, at a local pub with his fiery date. The pair enjoys drinks, pool and, much to the bewilderment of the bars’ patrons, even an acappella rendition of a traditional Scottish song.

The second video stars a swoon-worthy prince treating a woman to a romantic picnic in the park. Both videos remind women to Make a Date with Harlequin.

“We were thrilled with the response that our 2017 Viking and cowboy hidden-camera dates received and excited to take on the challenge of creating two new date concepts,” said Farah Mullick, Senior Director of Marketing at Harlequin. “Bringing fictional worlds, characters and romance to life is what our talented authors consistently deliver. Taking fan-favourite heroes off the page and inserting them into real-world scenarios fulfils reader fantasies in a fun way.”

“This year was all about continuing the fantastical romances and introducing some new Harlequin heartthrobs,” said Chris Booth, VP Associate Creative Director at BBDO.

Harlequin, a leading international book publisher, has entertained readers with their broad range of novels since 1949. To date they have sold over 6.28 billion books.