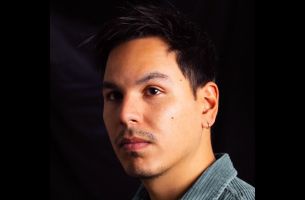 ‘Ares’ is an eight-part psychological horror series about best friends Rosa and Jacob who are invited to a secret student society in the heart of Amsterdam. They surrender to this world full of wealth and power. But then this place turns out to be built on demonic secrets from the Dutch past. It turns out to be a place where they pay a terrible toll to belong to the elite.

Giancarlo Sánchez won several prizes for his work as a director, including for his graduation project Gameboy. For his film Horizon he won the Golden Calf for Best Television drama in 2016. Sánchez has been part of Superprime since 2018. He recently directed the successful Dutch crime series Mocro Mafia.

Director and screenwriter Michiel ten Horn made his debut with the film The Deflowering of Eva van End, which had his world premiere at the Toronto International Film Festival. Ten Horn was named by Variety as one of the ten 'European Directors to Watch'. His second feature film Aanmodderfakker won several prizes, including three Golden Calves for Best Actor, Best Scenario and Best Film.