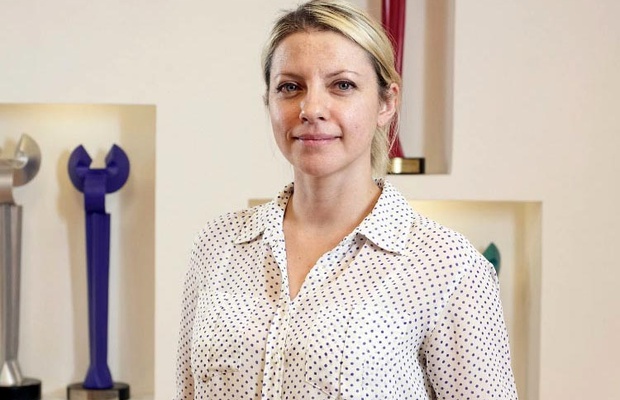 Ogilvy has appointed Jessica Apellaniz as the new regional chief creative officer for Ogilvy Latina, which was once again named Cannes Lions Regional Network of the Year in 2019.
Apellaniz takes on this expanded role after a successful two years serving as vice president of creative for Ogilvy Mexico and Miami. During that time, she worked with brands such as Coca-Cola, BP, Mazda, Aeromexico, KFC, Starbucks and American Express, among others. In her new role Apellaniz will join Ogilvy’s worldwide creative council and report to Horacio Genolet, CEO of Ogilvy Latina, Piyush Pandey, Ogilvy’s worldwide chief creative officer, and Joe Sciarrotta, Ogilvy’s deputy worldwide chief creative officer.
Horacio said: “Jessica has made many impactful contributions to Ogilvy and our clients over the past several years. She is an exceptional brand builder and a magnificent creative leader. Her ability to create multidisciplinary teams tailored for each of our clients is one of her best assets. We believe her leadership will allow us to continue breaking the mold and raise the creativity of Ogilvy Latina.”
Piyush said: “We are thrilled to have someone with Jessica’s leadership, fearlessness, and spirit leading our creative in Latin America. Jessica is a brilliant mind who brings an infectious energy to every pursuit. She has had a major hand in producing some of Ogilvy’s best work over the past few years, and we know she’s the right person to steward us into this next important era in Latin America.”
Joe said: “Jessica has more than earned the opportunity to lead our creative vision in Latin America, a crucial region for our growth as an agency. I have had the pleasure of working with Jessica in the trenches and am continually impressed by how she's not afraid to get her hands dirty to make the work better and get the best out of the people around her. With Jessica, it's always about the work, and her optimism and positivity ensure that the best idea for the client is brought to life. Our creative network is stronger with Jessica in this important leadership role.”
Jessica said: “It is a dream to be able to lead the regional creativity of an agency with such a history and philosophy. It's a great satisfaction and privilege. It also represents a great responsibility to live up to the creative standards of Latin America, and it is my great challenge to be able to raise that rod of excellence.”
Jessica is one of the most experienced creative leaders in Latin America. Prior to joining Ogilvy in 2017, she served in a range of creative leadership roles over 10-plus years at Publicis including vice president of creative. Jessica began her career as an assistant director at MTV Latin America before joining Terán\TBWA and then Olabuenaga Chemistri. Apellaniz has participated in all major advertising award shows and has served as a jury member for Cannes Lions and One Show, among others. She was responsible for having won the first D&AD Pencil for Mexico and has won metals in Cannes every year since she became creative director.