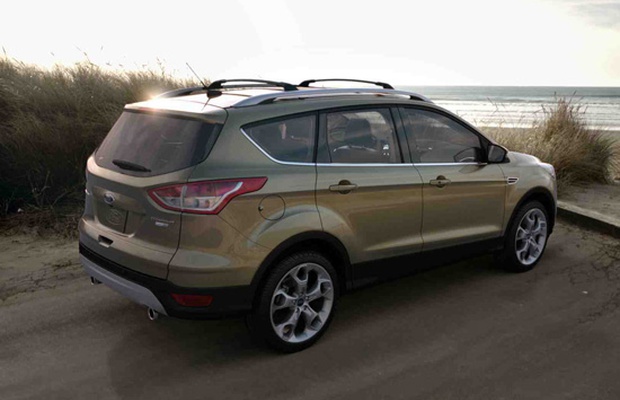 Collaborating closely the ad agency creatives at Team Detroit, Ntropic created five beautifully crafted spots that highlight the new features of the 2013 Ford Escape. Currently live on the Ford web site and scheduled to be showcased at a series of automotive trade shows this year, the successful collaboration was spear-headed by Ntropic Creative Director/Director Andrew Sinagra. Under Sinagra’s leadership, Ntropic tapped their creative abilities to showcase the power and elements of the brand-new 2013 Ford Escape.
For Sinagra, this collaboration with Ford and Team Detroit was unique since the 2013 Ford Escape was not yet available to his creative team. They decided to shoot the environments practically, in order to go to the next level with the creativity, and not be limited to CG-only imagery.
The Ntropic team also shot a 2012 Ford Focus as part of the practical photography, since it proportionally matched the 2013 Ford Escape, in order to showcase the dynamics of a real vehicle. Choosing Portland as a location for its diversity, which included a snowy road near Mount Hood, a park at sunset, and the ocean; the Ntropic team relied heavily on pre-vis to plan out the production. Ntropic was also the first company to utilize an incredibly innovative technology shooting with the Alexa Plus ARRI camera. This entailed pulling metadata from the lens and embedding information (such as focal length, F-stop, etc.) into the footage. Ntropic is now working closely with the ARRI engineers to develop the technology further, and implement it into the company’s production and post process.
“This was a really great project for our team to work on,” says Sinagra. “The agency creatives at Team Detroit wanted to up the creative by shooting elements practically. We were able to do that, so that we weren’t limited to using CG only. We also had the opportunity with this project to utilize this phenomenal technology from ARRI. At the time, we didn’t realize that we were the first to use it. Now, we are working closely with ARRI to fine-tune the technology and implement it into our production and postproduction pipeline.”
Credits:
Art Director: Barry Cole/David Cilibraise
Agency Producer: Andrew Ayrault
Account: Jennifer Poulton/ Kim Laplante
Production Company: Ntropic
Director/Creative Director: Andrew Sinagra
Executive Producer: Jim Riche
Producer: Fawn Fletcher
VFX Company: Ntropic
Inferno Artist: MB Emigh
Inferno Artist: Rob Winfield
CG Supervisor: Rob Hubbard
Sequence VFX Artist: Dustin Zachary
VFX Artist: James McCarthy Lead
VFX Artist: Mark Wurts
VFX Artist: Oliver Arnold
VFX Artist: Kenny Jackson  Postproduction Company: Ntropic Editor: Sean McAllen Colourist: Marshall Plante