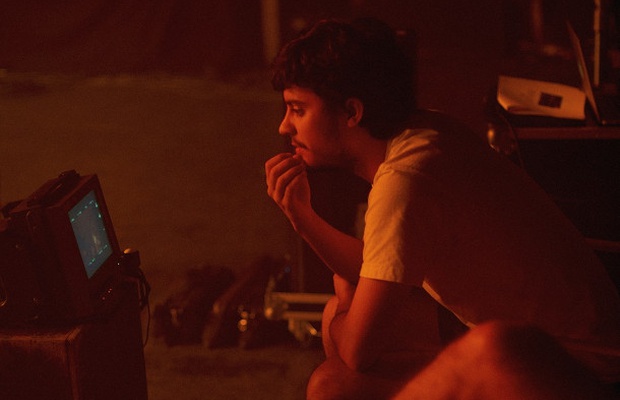 Raised in the suburbs of Barcelona on a diet of punk-rock, Roger Guàrdia cut his teeth working on promos for local underground bands, expanding his horizons and refining his style.
Now signed to CANADA, Roger has graduated to directing for international artists including Battles, Bad Gyal, Mourn and Nothing But Thieves, as well as beautiful spots for the likes of UNICEF and Philips.
LBB’s Liam Smith sat down for a chat with Roger about his UKMVA-nominated work and to find out what his goals are for 2018.
LBB> You were born and raised in Spain, can you tell us a little bit about your early life there?
Roger Guàrdia> I was born and raised in a little town in the suburbs of Barcelona, before moving to the city to attend university. There’s not much to do in my hometown, to be honest. But I remember my brothers listening to music and playing with their bands in my parents’ basement. They were into the punk-rock/hardcore scene.
LBB> Did you always know you wanted to be a director?
RG> Not really. But I was always interested in the world of imagery, arts, music... I was completely lost at school. Homework was a huge pain in the ass for me and my brain just worked in a different way, I guess. I only liked philosophy. Also, my older brother is a graphic designer and both brothers run a record label as well. When I was at uni I started to do my own stuff. At the beginning, I was making more experimental pieces, playing with lights in my bedroom, editing stock footage. I was surrounded by friends who were playing in bands and naturally, I started to shoot music videos for them. And now, here I am.
LBB> I love the music video you did for The Zephyr Bones track Telephone. Can you tell us a bit about the technique you used to create that trippy dreamscape?
RG> Thanks for your words. A mix of different things. I worked with post production wizard Álvaro Posadas on the controls. I wanted to light the layers from the echo effect following the dreamy guitar riff.
LBB> Last year you received a nomination at the UKMVAs for your Mourn - Irrational Friend music video. You must’ve been psyched! Can you tell us a bit about the video? What inspired it?
RG> Yeah! Glad they liked it! I just listened to the song and the idea flowed quite naturally to my head. I wanted to do something completely different from the first music video I directed for them (Your Brain is Made of Candy). The song was super short and my main goal was to translate their energy in a strong visual storm.
LBB> What drew you to sign to CANADA?
RG> We got in touch during my last year at university. I had directed a couple of music videos at that time. After that, I had another project I wanted to do – MATES MATES ‘Fases’. We talked about it, they liked the idea and they wanted to produce it. Then I brought them another project, which was a promo for a few friends of mine called Furguson. I built a nice relationship with CANADA from there, working together is a great start.
LBB> What other projects have you been involved in are you particularly proud of?
RG> I wouldn’t pick just one. I really enjoyed those first two projects with CANADA. I really like Furguson ‘Heat’, especially for the resources and the experience we had when we shot it. We tried to be super free and experimental. Then a beautiful project for UNICEF with a creative director called Michele Salati. Shout out to him.
There’s promo videos for Mourn too – a band who are signed with Captured Tracks. In particular, ‘Your Brain is Made of Candy’ is a piece from my reel I feel really comfortable with. Battles ‘The Yabba' was also a super nice experience. I respect them and their art a lot. Their record label Warp is one of my favourites. And Bad Gyal was amazing as well because she’s stunning and she’s totally killing it right now.
LBB> What do you get up to the outside of work to relax and unwind?
RG> Just stay in and chill, hang out with friends, write, take pictures. I started yoga and meditation a few months ago and I really like it. I’m still a rookie but I always felt quite curious about that kind of stuff.
LBB> What are your goals for the year ahead?
RG> Get involved in nice projects.  Keep developing and writing a couple of ideas I’ve got for short films and a feature. And progress as a human being.