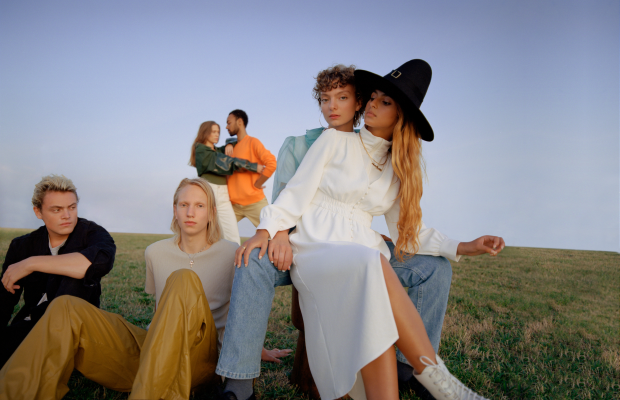 The campaign for this year’s Museumnacht produced by Czar — Amsterdam is looking to reach a young audience in Amsterdam and encourage them to not only visit museums but to gain access to art and culture without any prior expectations.

This year’s Museumnacht theme is ‘The First Time,’ meaning that key moment when you look, listen, feel, taste something for the first time and it changes something in you. When looking at exhibited artefacts in a museum, you get the opportunity to tap into a world you don’t know.

Kay Lindhout, Czar director, comments: “I think seeing art, seeing performance, seeing cultural artefacts and history has a unique way of opening up new views in your mind, 'alternative realities'. More simple: when you look at art you get to tap in to someone else’s memories and creativity, and enrich your own world with it.”

The mission was to create a campaign which combines film and photography to promote Museumnacht and the approach of the event. To facilitate a first encounter with the museum where a lot of young people don’t see a place for them, to shine a different light upon it. Helping the youth cross the bridge into a world of artistic heritage by picking up on references to art in a contemporary setting.

The head figure was director Kay Lindhout who came up with the initial concept which he developed alongside creatives Scott Kooken and Michael James Phillips. After this foundation had been laid, Czar photographer Julia Marino came on board, not only with the task of taking beautiful photographs but adding her own ideas and personal eye into the final look and feel of the campaign. N8’s brand Manager, Jordy den Haan was always up for hearing new ideas and gave full trust to the team, the collaboration became a cross-fertilisation of different creative minds into one final result.

N8's Jordy den Haan comments: "There is the impression among young people that an opinion is expected from you as soon as you enter the museum. They see that as a threshold. With this campaign we want to remove that threshold and give the message that there are actually no rules. It's your own experience and you don't have to answer for it."

CZAR worked with several film lovers, all committed to delivering great content for the love of film and art, the love for detail and keeping storytelling alive. The campaign was shot on 35mm film, giving it a beautiful and unique look. Including the animation by Midhat Avdagic painted by hand that refers to the sentiment of bringing back the past into today. Everyone who was a part of the production process was there all the way, making sure the quality of the film was top notch and the message came across.