Three finalists have been chosen after record number of entries 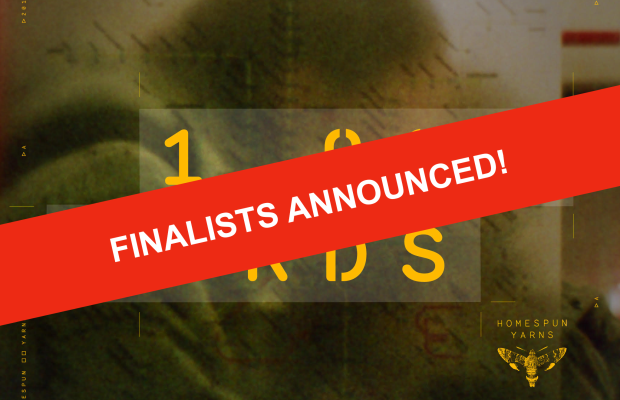 Homespun has announced the three finalists for their sixth annual film competition, Homespun Yarns, as well as director mentor pairings for each finalist.
This year’s brief, in association with Kodak, titled '1000 words,' invited entrants to work up a story idea based on a single image that had to be central to their concept. The image was provided to Homespun Yarns by photographer Josh Kern through Kodak.
New to this year’s competition, each of the finalists have been paired with an established director who will mentor them through the entire film making process. The director mentors are: Skunk’s Georgi Banks-Davies, whose film, Garfield, played at the 2018 Sundance film festival and most recent short, The Fight, premiered at Palm Springs Film Festival; six-time BAFTA nominee and two-time BAFTA winner, Declan Lowney (Another Film Company) and Keith McCarthy (Stink Films) whose string of awards include BAFTA, D&AD, British Arrows and Cannes Lions.
The number of entries submitted this year was more than double previous years and of an overwhelmingly high standard. A shortlist of nine met the Homespun panel and impressed them with their interpretation of the brief as well as their pitches. Homespun EP Alice Clarke commented: "As usual we had our work cut out but even more so this year given the staggering amount of entries. We have three very special finalists and we’re looking forward to seeing how their films develop, especially with this year’s added bonus of three outstanding director mentors for them to work with.”
The Homespun Yarns finalists for 2019 are:
Amelia Dimoldenberg - director mentor: Declan Lowney (Another Film Company)
Over the past five years - since debuting Chicken Shop Date as a student side-project - Amelia has fronted shows for Channel 4, ITV, VICE and Copa90. Throughout her entirely self-funded video series (26 million streams spanning 30+ episodes), she’s shared chicken nuggets and chips with some of entertainment’s heaviest hitters including Santan Dave, Wiley and Big Narstie. Amelia is now looking to explore the other side of the camera with her Yarn’s film as her directing debut.
Jamie Gyngell - director mentor: Keith McCarthy (Stink Films)
Jamie began his directing life making club promos and comedy sketches, which are probably still lurking somewhere on the internet. His film Big Dog, a grounded supernatural horror, was funded by Film London’s 'London Calling’ scheme, while Behind The Filter, a bleak view into the lonely lives of instagram influencers - made with Phoebe Walsh - is in development with Big Talk. His latest short, a contained horror called Listen To Your Mother, is shooting this Autumn.
Catherine Humble & Claire Norowzian - director mentor: Georgi Banks-Davies (Skunk)
Catherine Humble is a visiting lecturer in English and Creative Writing at Kingston University, and has a PhD on Raymond Carver. She has published numerous essays on American literature, film, and psychoanalysis, and is a longstanding arts journalist for several publications, including the TLS, the Telegraph, Prospect, and the Independent. As well as editing fiction and non-fiction, she has published poetry and short stories, and is keen to make the move into film making. Claire Norowzian is an in house creative who started her career in broadcasting at MTV followed by Nickelodeon, where she began writing and directing promos and went on to win two children’s BAFTAs.
The entirely not-for-profit initiative has consistently identified the next wave of directing talent, providing finalists with a unique platform to turn their treatments into fully formed short films with the support of the industry’s foremost talent.
As well as the support from the mentors, the Yarns finalists will also benefit from a whole host of experts including: Kodak, The Panavision Group, Wave, Performance Film & Media Insurance, Freefolk, Big Buoy and 1920.
The awards night will take place on November 21st where the final three films will be screened and winner announced.