Five Years On, This Girl Still Can 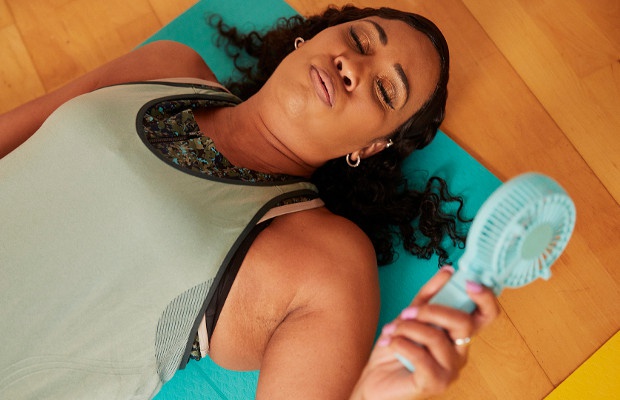 This Girl Can 2020 is leaving no woman left behind in the latest instalment of campaign created by FCB Inferno that confronts how society must change in order to accommodate all women being active. It has been five years since the inception of This Girl Can which had not only encouraged millions of women to get active, but also fundamentally influenced how women are marketed to.
In Sport England’s new phase of advertising for 2020, the public health body is introducing new cast members and stories while bringing back some of the women who’ve prominently featured in past This Girl Can ads.
But this campaign also shows that there are a host of new barriers that need addressing in 2020. It’s moving beyond just covering the emotional and practical barriers that might stop women from being active – Sport England now tackling societal barriers that can prevent women from feeling like they can join in.
The campaign once again celebrates women of all shapes, sizes, abilities and backgrounds. This time, however, it touches on the stories of women who’ve overcome issues that we, as a society, must overcome together to help more women find ways to be active.
The TVC, directed by Ali Kurr, features the distinctive vocals of British Rapper, Little Simz’s Offence track to reinforce that it really is time women stopped having to feel judged, defined by society, and told what to do. It’s 2020, and women can be active however they want to be.  The TVC launches on January 17th and is supported by an OOH and a big digital and social push including a series of content films that deep dive into the stories of the women and girls the campaign features.
Throughout the course of the campaign, Sport England will cover topics from menopause to support networks to disability and LGBTQ+ inclusion. For example, Kirsti, a mother of three, finds time to be herself by playing netball regularly, and is partly able to do so because of the support of her partner and the people around her; Hannah has come to feel more comfortable with her body and care less about others’ judgements by using exercise to help manage menstrual pains; and Glynnis has been able to rediscover her love of swimming and build up her self-confidence in the pool thanks to facilities and family members who support and cheer her on.
Tim Hollingsworth, chief executive of Sport England comments: “When This Girl Can launched it was considered trailblazing for the way it showed women getting active in a raw and real way. And while marketing campaigns for sport and physical activity are far more diverse and relatable now, there’s still a long way to go before they are reflecting the reality of people’s lives. With the new campaign we’re showing topics that are part of the everyday for women – challenges they can relate to. We’ve seen the powerful effect this can have in giving women more confidence with previous campaigns, and will continue to advocate for better provision and share insight with the sport and physical activity sector on how to address the gender gap.”
Sharon Jiggins, executive vice president at FCB Inferno comments: “This Girl Can became a movement because we struck a chord with how women feel and five years on its impact is felt well beyond the realm of exercise. This is proven daily in social media by women using the hashtag to feel confident and empowered. We have also seen many brands make seismic shifts in how they portray women in advertising. But as much as we have made great strides forward, the fear of judgement still exists. And although in 2020, some of the barriers to exercise might have shifted from 5 years ago, the need for This Girl Can is still very much apparent. And we address these barriers head on in this new campaign, tackling judgements that need to be acknowledged and talked about.”
Ali Kurr, director of the new This Girl Can film comments:  “This Girl Can got me thrashing a boxing bag for the first time and loving it, and so to be able to encourage others to get active via such an important and brilliant campaign was a directorial dream come true. For This Girl Can 2020  we have focused on five key stories about how women getting sweaty has improved their periods, menopause to general wellbeing.”
For more information about This Girl Can, please visit: www.thisgirlcan.co.uk

FCB Inferno Dances With This Girl Can and Disney