Set for US commercial representation 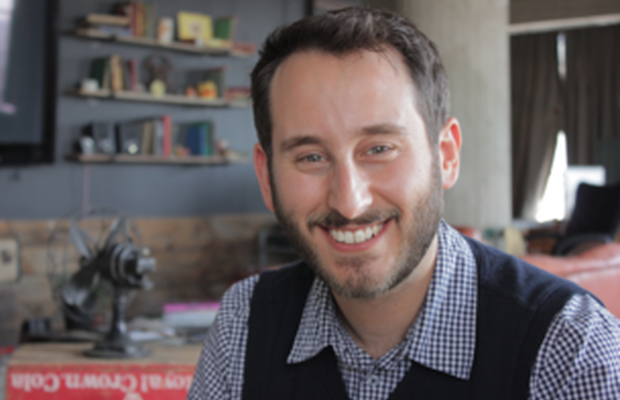 Venice, CA-based production company Durable Goods has signed comedy director Nicholas Wenger for U.S. commercial representation. Wenger fuses expert casting and impeccable comedic timing to deliver his signature brand of visually comedic spots for such top brands as Chevrolet, Virgin America, Porsche, Durex, AT&T, Staples and Johnny Walker, among numerous others. In addition to his commercial work, he also recently helmed the first season of “Mack & Moxy,” a kid’s TV show produced for PBS and Netflix.
With wide-ranging experience spanning directing, editing and writing, Wenger brings a vision for fresh, youthful content to generate lively narratives that leave a lasting impression and provide engaging entertainment. Also having experience with VFX and live-action puppets and creatures, Wenger works closely with creatives from all ends of the production process for a seamless final delivery.
Durable Goods Executive Producer, Rebecca Wray, says: “Nicholas is a great addition to our team.  He has a great eye for talent and interesting characters, and he is great with kids too. It doesn’t hurt that he’s an editor either, so his timing and framing are always spot on.  We’re very excited to work with him.”
Wenger adds: “Durable Goods has really wrapped their head around the continually evolving production model and have a smart approach to digital content. My style of comedy brings together quirky with a sense of childlike wonderment and both Rebecca and Hani are completely on board with those sensibilities and bring some really great ideas to the table.”
Montreal-born Wenger’s lifelong appreciation for the arts spanning theater, local broadcast TV and independent productions led him to earn a MFA degree from USC’s prestigious School of Cinematic Arts.  He got started in the production space as an editor, cutting series for the likes of Fox Digital Studios and Netflix, among others. Driven by his passion for unique genres and creative storytelling opportunities, he built up his own reel, attracting the attention of MOFILM, winning a Durex commercial competition that led to a spot that aired internationally in nearly a dozen languages. He continued to helm commercial projects for a wide range of brands with the company, moving on to direct spots for the likes of Riotmaker and The Cortez Brothers.
Currently, Wenger resides in Los Angeles where he enjoys the ample year-round sunshine and lends his spare time to volunteering with animals.