Creative developed by the NHL and directed by Neil Tardio of Durable Goods, with collaborative input from NY based creative shop, Baby Bear's Porridge 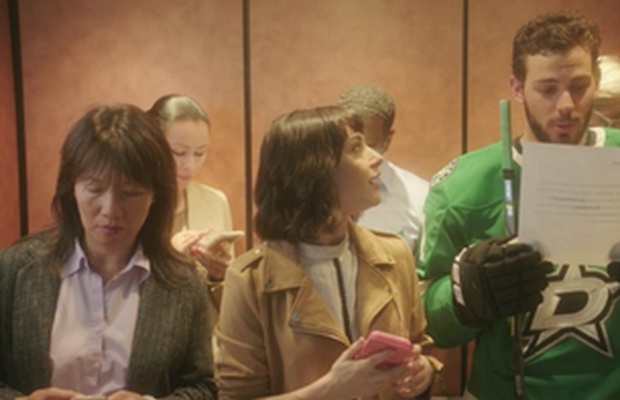 In each 30-second spot, the NHL stars approach hockey fans browsing the online store and recite the product description for the item the fan is admiring to persuade them to make the purchase. McDavid helps a young dad select an Oilers onesie for the new addition to his family. Seguin makes a literal elevator pitch to convince a fan to buy an adidas ADIZERO authentic Stars jersey. Fleury successfully sways a Golden Knights fan to buy his favourite  team’s Fanatics t-shirt.

“This campaign was designed to accomplish two important things,” said Brian Jennings, NHL Chief Branding Officer and Executive Vice President. “The spots continue to establish Shop.NHL.com as the top online destination for NHL products and team merchandise with the widest selection. But most importantly, this campaign puts the best players in the game front and centre. There are no greater ambassadors of Brand NHL than our players, and this campaign demonstrates our commitment to promote the stars of the NHL and their personalities.”

The creative was developed by the NHL and directed by Neil Tardio of Durable Goods, with collaborative input from New York-based creative shop, Baby Bear's Porridge. A fourth spot featuring Chicago Blackhawks right wing Patrick Kane will debut in mid-November in time for the holiday season.