To Vine or Not to Vine? 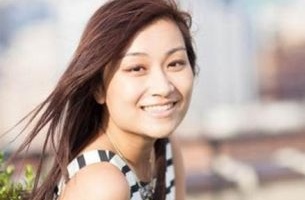 When Vine first launched, brands were all about it. We all remember Lowe’s DIY vines and GE’s #6secondsciencefair. However, after all the initial hype, it looks like many brands have decided to put a pause on Vine in their 2016 strategy. But before abandoning the platform all together brands should take time to re-examine what drew them to Vine originally and see if those reasons still stand up.

In 2015, Twitter publicly claimed that they “do not have plans for promoted Vines” and they have maintained this stance to this day (there are still no paid products on Vine). This means that organic branded content on Vine has to compete for impressions in a raw feed alongside a slew of Vine personalities and artists, who usually are more popular on the platform.

That said, Vine is an authentic place to be apart of culture and have a unique personality. In the past year, Vine has become the origin of many popular memes. By looking at Vine’s most popular memes, the common thread for all this content is that it's weird, nonsensical and highly based on the personality. From “Why You Always Lyin’” to “Hotline Bling,” Vine users have created and remixed memes on top of memes. Unlike how Tumblr thrives on online in-the-know subculture communities, Vine brings “wtf-inducing” content mainstream and off the screen with its addictive, non-exclusive and over-the-top micro videos.

Although Vine might not be the most brand-friendly platform for organic, always-on content, this doesn’t mean that brands should write it off just yet. This platform has grown to be a powerful creators network.

The Power of Vine As An Entertainment Destination & Creators’ Network

Vine has recognised that it is an entertainment destination and has honed in on curating talent by hiring a slew of editors and rolling out new discovery capabilities in the past year.

With the support of Niche, Vine has become a talent agency for brands, both on and off the platform.

The most prominent talent on the platform have developed strong followings, almost as strong as the followings they’ve built on other platforms like Snapchat and are so recognisable that they are able to execute campaigns on the platform. These sets of Vine stars are now collaborating with POTUS, getting signed to record labels and one even has a Billboard #1 single.

To put this by the numbers, Logan Paul, one of the top-earning Vine stars, has helped Hanes earn 3.8 million impressions on Twitter (a record-breaker), 750,000 Facebook views and nearly 38 million Vine loops — numbers that are unachievable by a brand’s organic Vine content.

Last month, Vine tweaked its 6-second limit to 140-seconds, essentially changing the core differentiation of content on the platform. This could mean that Vine recognises the strength of their platform as creators and want to give them an opportunity to expand on their content.

When considering Vine in a branded campaign, approach Vine as a talent agency and tap into its strong network of entertainers who also live outside of the platform. The power of Vine influencers should not be undermined and when partnering with the right talent, it will be the key to content amplification.

If your brand is only considering an always on approach to Vine, the lack of paid opportunities, domination of over-the-top personalities, and uncertainty of what becomes popular could lead to a hard time in building awareness and owning even a small share of voice. Hence, before investing/ continuing to invest in Vine, consider the return on these types of 6-second stories and make sure that it makes sense for your brand.